Ryanair to follow passengers home and wait outside their house

RYANAIR has agreed to pay compensation to stranded passengers but said it was also going to follow them home and wait outside their house.

The budget airline confirmed it will abide by EU rules and pay for stranded passengers’ food and accommodation but only if it can then mount a campaign of fear and intimidation against every last one of them.

A spokesman said: “You can have your money but you’ll wish you were dead.

“We’ll be waiting for you coming out of the airport car park and then we’ll sit on your bumper all the way home, flashing our headlights and beeping our horn.

“Then we’ll play the car stereo really loud in the middle of the night and spray paint a big fat cock under your window. And then, when your wife or teenage daughter comes out the front door we’ll say really dirty things to them.”

Doncaster housewife Helen Archer was targeted by a Ryanair gang last September after claiming a partial refund for being punched in the face by chief executive Michael O’Leary.

She said: “They were horrible, actually. They followed my little boy to school and pulled his trousers down in front of everyone. Then they kept throwing a tennis ball into the middle of a busy road so that our dog would run after it.

“And finally they stuck something through our letter box which I’m pretty sure was human poos.”

She added: “If it happens again this year I’m probably going to switch to easyJet.”

Clegg To Clean Up Politics Using His Personal Bank Account 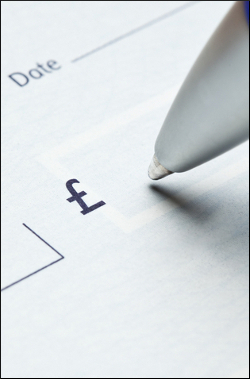 NICK Clegg has pledged to clean up British politics as long as you can stick two hundred and fifty quid into his current account by the end of the week.

The Lib Dem sensation said that some boring accountant stuff meant it is just easier if you give it to him personally, adding that it is 'Nick' not 'Nicholas' and 'Clegg' with a double 'g'.

He added: "I am determined to clean up the pigsty that is British politics but I do have a small number of personal expenses such as ring binders, pens, my lovely assistant Rita and the odd lunch.

"Anyway, here's my card. It's got the sort code and account number in the bottom right hand corner. If you could set up a standing order that would be magic. Saves writing a lot of cheques doesn't it?"

Mr Clegg said public confidence in parliament would only be restored when businessmen were not able to influence the political process by handing over large sums of money all in one go.

"We need a new system of political donations based on monthly instalments that are much less obvious to the sort of cynical, old-fashioned journalists who are only interested in really meaty, five figure sums."

He added: "The new politics should be about re-establishing the connection between MPs and the voters, so if it's paid directly into my current account then we'll both know where it is rather than it getting lost in the faceless and rather impersonal records of a medium-sized political party."

Mr Clegg also pledged that if the Lib Dems are able to scrap the Trident missile replacement he would be happy to keep the £100bn in his NatWest account until it can be used for something more worthwhile.

He added: "Honestly it's no bother. There will be a small handling fee. Tiny, actually. Three, maybe four percent. You'll hardly notice it."

Meanwhile the Lib Dem leader has also agreed to show his birth certificate to the Daily Mail in bid to convince them that he is not Rudolf Hess.