FRANCE is facing its biggest upheaval in more than 40 years after a man from Nice wiped his bottom after going to the lavatory.

In a daring challenge to French culture, Jean-Pierre LaFarge, a 38 year-old philosophy student, posted a YouTube video of himself evacuating his bowel and then nervously wiping his anus with a few strips of old newspaper.

An exhausted but triumphant Mr LaFarge then turns to the camera, clutching the heavily stained material and declares: "Citizens! Follow me! I am Frenchman with a clean bottom!"

But last night France's justice minister called for LaFarge to be prosecuted claiming his 'degrading act of personal hygiene is like a dagger to the heart of the Republic'.

Michel Alliot-Marie said: "I am distressed that a Frenchman would be so lacking in patriotism that he would reach into that sacred place and attempt to disturb what remains of the world's finest cuisine."

But ordinary French people have admitted to mixed feelings over the LaFarge wiping.

Chloé DuBernay, a 37 year-old sociology student from Rouen, said: "I have occasionally been tempted to wipe my bottom, especially after a big lunch, but I would always think of my grandparents and how ashamed they would have been."

She added: "I think it is time that France, as a society, started to talk about cleaner bottoms. But we need to do it one step at a time, which is why I'm so pleased that LaFarge put the used paper in his pocket instead of flushing it down the lavatory like some dirty Englishman."

French academics have compared the war of LaFarge's anus to the Paris riots of 1968 when students took to the streets to prevent the toilets in the Sorbonne from being cleaned.

For much the 19th and early 20th centuries the French were seen as the most anally aware society in Europe until English food writer Elizabeth David revealed that bidets were used exclusively for mashing geese. 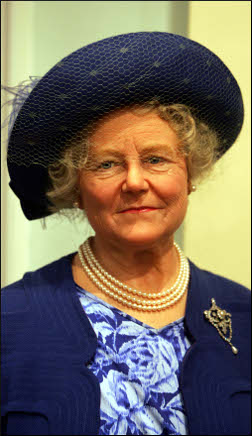 BRITAIN was profoundly disappointed today as the volcano-based news plume dispersed to reveal that the general election campaign has just been sitting there the whole time.

Viewers who watch the first five minutes of News at Ten before switching over to a Living TV programme about ghosts said they were positive it had all been sorted out last week.

Helen Archer, from Peterborough, said: "I thought that telly programme was the election. I told the lady on the phone that I liked the man who looked like a cross between the other men.

"I assumed that would be that, but now you're saying it's going to be on the telly every day for the next fortnight? Piss."

She added: "I want the volcano to come back. I like that kind of telly news. I find it exotic."

Martin Bishop, from Newark, added: "Oh fuck. This means I'm going to have to get in my car, go to Sheffield and do something mind-buggeringly repulsive at the world snooker championships.

"How many days coverage would I get for climbing on to the table and having frenzied, rear entry sex with grinning waxwork models of the Queen Mother and Princess Anne while holding up a sign calling for the repatriation of the black ones in UB40?

"I know the immigration argument is a bit played, but I'm sure I'd get at least a day and a half out of the symbolic defilement of two of this county's most respected horse enthusiasts."

He added: "If everyone pitches in with their own act of wanton of depravity I reckon we could see this thing right through to the end without so much as a glimpse of Tom Bradby's impossible chin."

Meanwhile Lib Dem sensation Nick Clegg has described prime minister Gordon Brown as 'desperate' in a move which etymologists said could force them to do a complete strip down and rebuild of the word 'desperate'.