RYANAIR is to become the first budget carrier to fly passengers to New York in utter misery for less than a tenner.

The airline said the new £8 service would bear all the shitty hallmarks of a typically soul destroying Ryanair experience.

The in-flight meal will involve a catering box of Wotsits emptied into the aisle followed by an angry free-for-all.

But for an extra £10 passengers can upgrade to their own, individually wrapped, Kraft cheese single and a sachet of HP-style sauce.

In-flight entertainment will include Highlander III: The Sorcerer and episode five of the second series of Rings on Their Fingers starring Martin Jarvis as ‘Oliver’ and Diane Keen as ‘Sandy’.

A Ryanair spokesman stressed the advertised fare did not include a series of inexplicable, fake-sounding supplements which should bring the total cost to around £1,214.

Travel industry analyst Wayne Hayes said: “These days most people are happy to pay the extra fifty quid not to be punched squarely in the face as they board the aircraft.”

The spokesman added: “As the flight will involve around eight hours of unremitting hellishness as opposed to the Ryanair average of three, we will be offering a £10 cyanide biscuit.”

Data Stick Makes It As Far As Pub 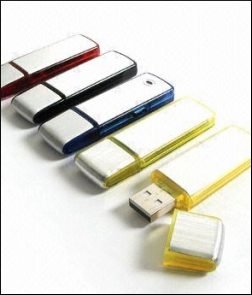 THE government claimed a major victory for data security last night after a memory stick containing highly-sensitive details made it as far as the pub.

The Treasury said the era of personal information being left on public transport was at an end and the public could now have confidence their bank account details would most likely be discovered in a car park.

A spokesman confirmed a data stick holding millions of tax records and passwords was handed to an office temp last week who left it dangling precariously from his pocket in accordance with procedure.

The temp was so surprised to discover the device was still there at the end of his journey that he immediately took it to the pub to show his friends.

The spokesman added: "He said he had successfully transported top secret data all the way from his work and would anyone like to help him celebrate.

"After three hours of very heavy drinking he shouted 'Christ I've lost it' until he was reminded he had lent it to some bikers who were using it score obscenities into each others' necks.

"He grabbed it back and went into the car park where he then tried to use it to light his cigarette. After 25 minutes he gave up and threw it into a bush.

"When he eventually did light his cigarette it was the wrong way round."