In a climax, described by some as interesting, the McLaren car pointer crossed the chequered line in fifth place thereby finishing first and completing yet another day of abject humiliation for the world’s foreigners.

“All he had to do then was work out the best way to point it using the steering thingy.”

Hobbs added: “But of course, the most important thing about car pointing is the car, and luckily the car he was pointing was faster than all the other cars being pointed this year.

“I suspect that Lewis Hamilton will now dominate this sport until they come up with a way of doing it all by remote control.

“And yes, it will be like a gigantic Scalextric but with lots of stunningly attractive, heavily-chested ladies in tight t-shirts draping themselves over bald, cigar-smoking fat guys.”

Okay For Babies To Be Born Drunk, Say Docs 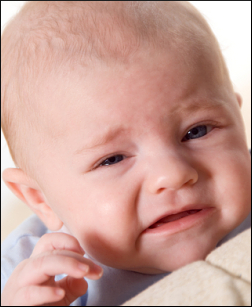 NEW evidence suggests it is safe for a baby to be born drunk, doctors said last night.

According to the latest research expectant mothers can drink throughout their pregnancy and even use different kinds of alcohol to determine their child's early character traits.

Meanwhile mothers who want to avoid a hungover baby should drink a glass of Resolve or at least two pints of water as soon as they have their first contraction.

Professor Sir Roy Hobbs, head of obstetrics at St Gordon's Hospital in Dulwich, said: "It's perfectly acceptable for a baby to be born drunk, but not angry drunk.

"The optimum level of drunkenness would be a baby that's very quiet and has a big grin on its face, as if it's been drinking gin and tonic all afternoon.

"Beer babies tend to be very noisy while red wine babies have that look as if they were just about to say something only to forget what it was at the last second.

"What you do not want is a pissed-up whisky baby that comes out snarling and chucking its fists around."

Her added: "The important point is that mothers shouldn't worry too much about the drunkenness of their baby.

"I have always believed that when it comes to drinking and pregnancy it does help to keep things as vague and inconsistent as possible."