Latest National Mood To Be Unveiled

SOME of the biggest names in Britain will gather in central London today for the unveiling of the new national mood.

Prime minister Gordon Brown will be joined by host of celebrities including Steve Coogan, Elaine Page, Sir Bobby Charlton and the stars of All Creatures Great and Small.

The mood unveiling comes as a poll in the Daily Telegraph found that 68% of Britons want everything to be much more like Victoria Wood.

Experts are predicting the much anticipated new mood will have no truck with high salaries, nail varnish and swear words, particularly 'fucknut' and 'c**t-features'.

The prime minister is also expected to outline plans for a wide-ranging government inquiry into what is and is not funny.

Tom Logan, national mood detector at the Institute for Studies, said: "The inclusion of the All Creatures cast suggests an early Fifties, austerity kind of mood.

"We're looking at decency, v-neck sweaters, decency, home made broth, decency and everything being unbelievably tedious.

"There might be some scope for a bit of cheekiness on BBC1 on Saturday nights. Perhaps Victoria Wood could give a weekly rendition of that song she does about fucking."

He added: "It will be interesting to see if it works, particularly as most British workers spend their day forwarding emails and videos that make the Andrew Sachs wank fantasy look like Songs of Praise." 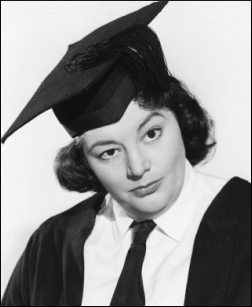 PUBLIC outrage at the treatment of Andrew Sachs boiled over last night as Britain reached a new peak of furious incoherence.

News websites struggled to cope as millions of violently confused readers found themselves unable to contain their angry, ill-informed opinions.

A BBC spokesman said: "Britain is obviously trying to tell us something but they need to slow down and do their very best to communicate in whole sentences."

Some of the comments posted on The Times yesterday:

I don't know who these people are or what this is all about but thanks to them I have spent
the entire morning being violently sick on my neighbour's car. It's a bridge too far. Or is it two bridges not too far enough? Bring back Hattie Jacques!
Mrs Margaret, Guildford

How would they like it if someone came into their bedroom in the middle of the night and drenched them in gin and started fondling their legs and then playing with their willy until it made a horrid mess? Not very much, is what I think. Filthy boys. We should kill them with lions.
jstraw, Blackburn

Thankfully I missed this whole sordid episode. When will the BBC do the right thing and repeat in full? I get back from work around six.
Chewbacca, Norwich

But the granddaughter though eh? She's not exactly, you know, is she? I mean come on, let's not forget what this is really all about. Exactly.
Vote UKIP!
paddingtonbear69, Macclesfield

This reminds me of the time the Dimbleby brothers phoned me up during 'Any Answers' and offered to wank me into a teapot. I see the BBC hasn't changed one bit.
Andypandy, Taunton