Ryanair to phase out passengers

O’Leary said he was forced to make the move due to shrinking profits and the constantly wailing voices in his head.

He added: “We will continue to ensure all our customers have the Ryanair experience, but at a much lower altitude.”

Nikki Hollis, one of the first to trial the new system, said: “I booked my Alicante flight over the phone, when my credit card was accepted a green mist came through the receiver. I woke seven days later with a pounding headache.

“A small Irish man was standing over me and grinning. He said I’d had a fabulous time in Alicante and handed me a £40 bill for excess baggage.”

Ryanair board member Joseph Turner said: “When Michael mentioned axing passengers I thought he meant in the hatchet sense, to make more fit on board.

“I was reluctant because it would mean more cleaning and affect our turnaround time, but when he explained he meant just grounding them I was quite relieved and gave my full backing.

“Also, he has my eldest son in a cage at the bottom of his garden.” 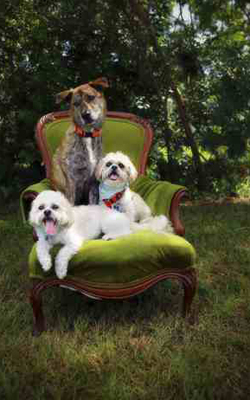 PETE Doherty believes he shares his flat with a nine-foot meerkat and a talking sofa as well as the ghost of Amy Winehouse, it emerged last night.

Crack bard Doherty, 32, first became aware of Winehouse’s ghostly presence in his London flat earlier in the week, when she appeared in a mirror propped up on unsold volumes of his poetry.

However it took Doherty several days to notice the spectral Rehab singer, as she was competing for attention with his many everyday apparitions.

The singer said: “It was a typical quiet Wednesday afternoon, I was trying to paint a picture of Keith Richards using a mixture of my blood, vomit and cigarette ash.

“Amy was standing between a creature with a woodlouse’s body and the head of Adrian Chiles, and Marcel, a giant talking spoon. So it was quite a crowd, but when I eventually spotted her there I was stunned.”

“At first I didn’t believe my eyes, so I asked Mr Baxendale the talking Meerkat, and he definitely saw her too.

“As did Roger, the sofa. All three of us just sat there, staring into space in a terrified way.”

He added: “There was also a dreadful smell, but that turned out to be a prawn korma that I’d left on the radiator three months ago.”

Paranormal investigator Emma Bradford said: “This is absolutely indisputable proof of the existence of ghosts.”