HEALTH secretary Andrew Lansley has pledged that nobody should wait more than 18 weeks before their local hospital is closed.

The government was initially reluctant to set deadlines for the sale of the nation’s health centres, but figures showing that most hospitals were still making people well and not charging any money for it has spurred Lansley into action.

The health secretary said: “Sadly we’ve inherited a Labour legacy of hospitals existing for decades, even centuries, before being sold to some shady acronym for a fraction of their value. This is despite their promises to be just as committed to hacking the service to pieces as we are.

“I don’t believe in arbitrary Whitehall figures but ideally no more than 8% of patients should have a functioning A&E ward in the same county as them by April, and I’ll stand by this figure even if I have to drive the bulldozer myself.”

Lack of deterioration of service has caused an embarrassing u-turn for the coalition, who had believed their general policies would cause the natural death of the health service over time.

The number of functioning hospitals will now be closely monitored and an NHS Destruction Tsar will be appointed to trouble-shoot in areas where free medical attention persists.

Retired headmistress Margaret Gerving said: “Under the last lot, I had to attend focus groups and fill in online questionnaires all day before not having my dicky hip looked at.

“But under this government, there’s just a security guard in front of a new block of luxury flats telling me the hospital was knocked down three months ago, so it’s lot simpler.”

Osborne to use &#163;747m from Northern Rock sale to bail out new owners 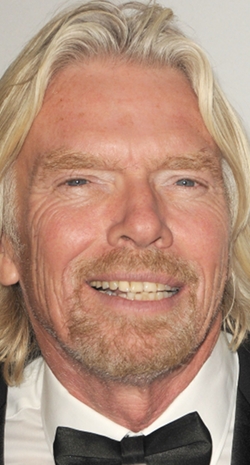 GEORGE Osborne will use the £747 million from the sale of Northern Rock to bail it out again sometime next year.

The chancellor said the sale to Virgin Money was a good deal for Britain because it meant the Treasury would not have to find additional funds when the bank is eventually renationalised.

He said: “Some may say that selling a fragile bank at a loss in the midst of a potentially catastrophic debt crisis and with a second credit crunch looming on the horizon is not necessarily a spiffing idea.

“And I would say ‘I have absolutely no idea what any of that means’.”

He added: “But at least we’ll be able to give Virgin their money back when this all goes horribly wrong.

“I’m looking forward to doing the same thing with the Royal Bank of Scotland but on a much bigger and more exciting scale.”

“Also, we could have waited until Northern Rock was worth more than we paid for it but we were really bored of it.”

Julian Cook, chief economist at Donnelly McPartlin said: “I know that having George Osborne in charge of the money makes for great conversation, but eventually we are going to have to take this seriously.”