SAINSBURY’S has confirmed it had no idea that changing its meal deal ever-so-slightly would create a shitload of free publicity on social media.

The retailer’s new ‘On The Go’ meal deal will include slightly different sandwiches, sparking outrage among bovine idiots who will tweet about anything.

A Sainsbury’s spokesman said: “We hadn’t even heard of social media before this.

“We certainly didn’t think people who had nothing better to do than dick about on so-called Twitter would start moaning and generating free publicity for us.

Sandwich deal expert Julian Cook tweeted: “On the Go? More like On the No! #bringbackwhateveritishteyretakingaway”

The spokesman added: “We just hope people stop talking about it on social media, then we can all just move on.”

“Or rather get ‘on the go’, which happens to be the name of our new sandwich deal.” 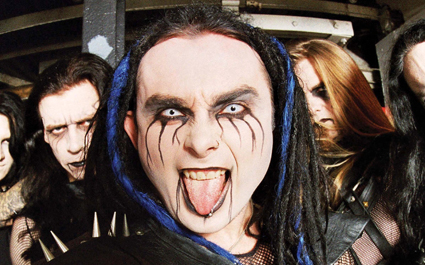 GOTH metal band Cradle of Filthhave confirmed their support for Owen Smith as the next leader of the Labour party.

Singer Dani Filth, currently on tour promoting the band’s new album Hammer of the Witches, said: “Jeremy Corbyn has promised a £500bn boost to the economy which sounds great, but I’m not sure it’s realistic.

“Owen Smith proposes a more modest £200bn figure, partially funded by raising capital gains tax from its current rate of 20 per cent, which although not radical seems to make good fiscal sense.

“As a band we’re split on the notion of a second EU referendum, but if voting was to be done in graveyards at midnight we’d probably be in favour.”

A spokesman for Owen Smith’s campaign said: “It’s great to have the Filth on board. The way it’s looking we’re going to need absolutely every vote we can get.”