SOUTHERN Rail’s punctuality has improved by 68 percent after the franchise was taken over by a 16-year-old on work experience.

The nation’s least popular mode of transport after the catapult is now in the hands of Nathan Muir, who quickly confirmed he was infinitely better at it than Southern’s previous bosses.

“On my first morning, I fired all the managers, replaced them with passenger representatives, and restarted talks with the unions.

“Then after lunch, I cut ticket prices, ended the policy of terminating services in a field, and installed free WiFi in every carriage.” 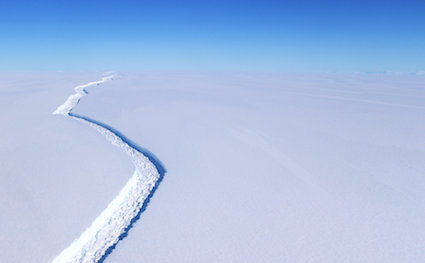 AN ICEBERG that has broken away from Antarctica is four times the size of London and also four times more hospitable, experts have confirmed.

Scientists who examined satellite images of the iceberg found that it had no restaurants, bars, shops or services of any kind and still provided a much better quality of life than the UK capital.

Researcher Dr. Mary Fisher added, “After visiting London for a seminar our first reaction to the iceberg was ‘oh, well, it could be a lot worse’.

“Looks like you can get a pint on there for less than a fiver and the iceberg version of Camden isn’t full of twats.

“Who are naturally cool and don’t have to get piercings through the back of their necks and wear stupid baseball caps to prove it.”