YOUR tax bill can be negotiated over a cup of tea and a chocolate Hobnob, officials have confirmed.

Her Majesty’s Revenue and Customs revealed that tax laws are all very well, but what really matters is having a nice chat about how much you think you should pay.

A spokesman said: “We’ve always been very laid back about collecting tax.

“Sure, at the end of the day the government needs money, but it doesn’t mean we have to stop being friends.

“How are you fixed on Thursday morning? Why don’t you come in about 11ish and we’ll have a look at your numbers? But don’t worry, it’s not like it’s a ‘big scary tax thing’. What we’re really trying to work out – between us, as chums – is how much you want to pay.

“It’s good for you, because we’re guessing that you don’t really want to pay very much, and it’s good for us because we don’t have to trawl through all of these very complicated tax laws which none of us really understand.

“And even if we did understand any of it, the whole thing would still take ages and be really, really dull.

“Anyway, are you okay with the chocolate Hobnobs? If you like Penguins we can do Penguins. Honestly, it’s no bother.”

The spokesman added: “Oh Christ, I’m really sorry, but I’ve just realised I should have said that ‘tax chats’ are only available to large corporations.

“You, on the other hand, will do exactly as you are fucking told.” 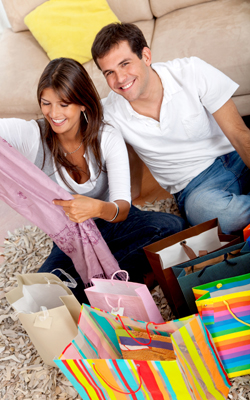 THINGS with no value have been fractionally reduced in price, making them exciting.

As the post-Christmas retail experience begins, a load of utter shit has become frenzy-inducing ‘bargains’ after fictitious prices unrelated to value were replaced with another, slightly lower, made-up figure.

Shopper Emma Bradford said: “I got a Hairyblender 9000 – a food blender covered in human hair – for £199, reduced from a theoretical value of £2000. These retailers must be fucking mad, or total idiots.

“And there’s 45% off a cushion shaped like a dog. That’s insane, I mean just the cost of the materials involved in making a dog-shaped cushion must be, well, very high.”

Father-of-two Tom Booker said: “Despite being in loads of debt and at risk of losing my job, today my only concern is not missing out on a great bargain for a pet spa day.

Shop owner Stephen Malley said: “Stampede on it, you bovine dimwits! Trample each other to death in your ruthless quest for life-affirming crud!