Men warned that moustache truce is over

MOUSTACHE owners are once again ‘fair game’, according to thugs.

Britain’s annual charity moustache truce, during which it is temporarily OK for men to deviate from the heterosexual norm, ended at the weekend.

Charity moustache owner Tom Logan said: “I was in a town centre bar and these blokes were like, ‘It’s Freddy Mercury, oi Freddy you fucking poof.’

“I began explaining that my facial hair was for a good cause and not in any way linked to my sexuality or fashion sense, then realised to my horror that it was 12.01AM on December 1.

“I had no choice but to let them repeatedly kick me in the rib cage with their pointy slip-on shoes.”

“This is not and will never be the case in Britain. Those who deviate may return home with all their teeth, but only if they’ve successfully picked them up off the floor.”

28-year-old Julian Cook said: “As a typical British lager-obsessed borderline psychopath, I think having a moustache for a good cause is ‘a laugh’.

“Other than that it’s ‘possibly gay’, unless the person is old or works on a boat.

“As such it’s a great excuse for the violence I constantly crave, probably because of angry feelings about my own repressed homosexuality.”

Language evolving but not in a good way 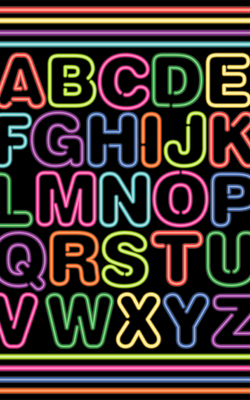 ENGLISH is evolving in the wrong direction thanks to the internet, text messaging and social media.

The Institute for Studies found that internet users are either guessing at the meanings of words, abbreviating sentences to a list of initials or simply hitting keys at random while hoping for the best.

“But here ‘evolving’ is really just a euphemism for ‘going to tits’.

“Unless humans develop psychic abilities, society will soon collapse and well be sitting in caves unable to explain that a furry quadruped is killing our woolly things.

Linguist Donna Sheridan said: “There can never be one truly definitive set of spellings or definitions.

“However, if I see one more person write loose when they mean lose Im going to fucking top myself.

Office worker Tom Logan said: Its all very well for some university anaemic to sit in his ivory horse and tell everyone else theyre inveterate.

“I bet he knows jack off about the real world, roflol roflol.