Transport And General Workers Union To Merge With Mafia

A NEW chapter has been written in the 86-year history of the Transport and General Workers Union after it agreed a merger with the New York Mafia.

Members of the T&G voted unanimously to join forces with the largest of the so-called 'Five Families' after 800,000 horses' heads were found at the bottom of working class beds across the UK.

The new super-union will have more than three million members and be controlled from the back of a delicatessen in Queens.

The merged union's new general secretary, Peter 'Fair Day's Pay' Clemenza, said: "I would like to pay tribute to my great friends from across the water who have come to a most sensible decision.

"But remember what we agreed: play it cool and you don't wind up in the back of no refrigerated truck with a hook in a place you don't want it. Capice?"

Clemenza said British trade unionists would benefit from a stronger bargaining position as well as a share of the proceeds from gambling, prostitution and 'those big, fat trucks coming out of La Guardia, just ripe for the picking'.

He added: "We are keen to sit down with your chancellor of the exchequer and tell him how things are gonna be from now on."

In the UK the merged union will be known as Workers Uniting, while in the US it will continue to be known as 'the thing' or by its more formal name 'this thing of ours'. 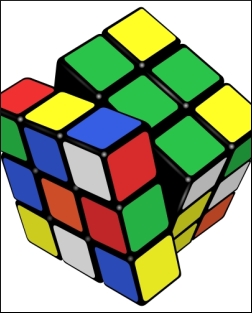 THE Rubik's Cube is making a comeback this year as thousands of British children adapt it into a handy killing machine.

The 1980s toy had fallen out of favour with the nation's youngsters as its lightweight plastic structure was believed to make it virtually useless when seeking to kill or maim.

But the six-sided Hungarian puzzle has enjoyed a surge in popularity after youngsters discovered they could stuff it inside a football sock and swing it at someone's head.

Julian Cook, a senior toy buyer with a leading department store, said: "Clackers got a big boost last year as they are a tremendously efficient way of temporarily disabling someone while you steal their phone.

"The Meccano Make-Your-Own Chainsaw is also doing really well, as are the exploding Cabbage Patch Dolls."

He added: "We're also stocking a colourful range of Flick-Weebles, as well as a Razor-Blade Simon and a Transformer that transforms into a Browning semi-automatic."

Wayne Hayes, a 15 year-old psychopath from Swindon, said the Rubik’s Cube was mentally challenging and 'great fun once it was covered with bits of broken glass'.

He added: "I've got a Wii, but why pretend to be playing tennis when you could be enjoying actual violence?"