PRINCE William is facing a ban from some of his favourite Fulham Road nightclubs after his Royal Navy ship seized £40m worth of cocaine.

The seizure will push up prices across West London and could even lead to shortages during the closing weekend of the Henley Regatta.

It is understood the prince, who is currently serving with the Royal Navy in the Caribbean, found the whole episode tremendously exciting.

But Tom Logan, the owner of Oiks, said: "You get to know someone, you give them free champagne, you let them urinate wherever they want, and they repay you by chasing down your drug shipment with a Type 23 Frigate."

"My regulars ordered this cocaine in good faith. There was nothing in the catalogue about it being commandeered by the heir to the throne."

A Royal Navy spokesman said: "Sub-Lieutenant Wales performed a vital role in the operation by pointing at things from a helicopter and did not get in the way at all."

But sources close to William say he is embarrassed by the seizure, insisting he played he played no part and was actually water skiing off the back of HMS Iron Duke the whole time.

Logan added: "Without cocaine there is the imminent danger my customers will realise how worthless and horrifyingly empty their lives really are and go off and do something productive.

"Either that or they'll switch to crystal meth."

This Country's In A Right Bloody Mess, Says Cherie 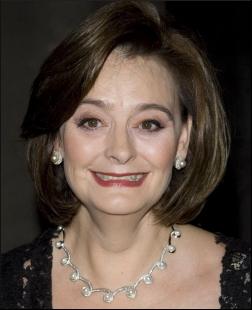 BRITAIN is an awful place full of violence and corruption, and those responsible should be ashamed of themselves, the wife of former prime minister Tony Blair said yesterday.

Cherie Blair told a House of Commons committee that crime, education and the health service were all much worse than a decade ago and only couples with £3.5 million townhouses in central London were safe.

"This country used to be a nice place to live," she said. "Cricket on the village green, old ladies cycling to church, you name it.

"But everything seemed to go to hell not long after we moved house about 11 years ago.

"When we lived in Islington you could walk to a local Italian restaurant and scheme against your colleagues without fear of being assaulted.

"Then when we moved to that big house off Whitehall in ‘97, everything just turned to shit all of a sudden.

"I'd be watching the telly and I'd say to Tony, 'what the hell's wrong with this bloody country?' and he would nod and agree and then get me up the duff."

She added: "Now I wouldn't let my children walk from the front door of our Connaught Square townhouse to the waiting Jaguar unless they were escorted by heavily armed former SAS men every step of the way."