THE price of a bushel of wheat rose yet again in the markets of Flanders yesterday presaging a monstrous tribulation and a grave rise in the price of mead, the Lord High Guardian of the King's Purse has warned.

Sir Mervyne de Kinge professed himself aghast as news arrived from Ghent that merchants had exchanged on wheat for six gold florin a bushel, a price not usually seen in trade unless in association with the rare spices of the Orient.

The noble lord forewarned that a time of privation would surely be visited on the kingdom, when the peasant would find himself cast from his wretched midden and the knight dispossessed of his estates by the grubby moneychangers of old Lombard Street.

He said: “Extremeties of the climes have done for the harvest yet again, and giant sea serpents have dragged down the ships of those few mariners who would dare brave the waves to help us bake our daily bread.

“Nor is it just the Isrealite who profits at this time, as you would expect, but the whole merchant class appears arraigned against us like the massed ranks of the Persians against King Leonidis at Thermopylae.

“If there is not some sudden fall in price, a great plague spread by rats, or a new world discovered with bountiful supplies of grain and large fowl with which we can load our tables come Christmastide I fear we are all totally in the shitter. Again.”

Sir Mervyne said a rise in the price of wheat would force up the rates of the money changers and plunge those squires who had foolishly bought their castles at inflated prices into penury and destitution.

He added: “And those knaves who have speculatively bought so many castles purely to rent out to others, against the teachings of the Holy Book, verily I say, in God’s name they will be cast down into the fires of hell to burn for ever and ever. Amen.”

Prisoners To Be Sodomised In Bid To Cut CO2 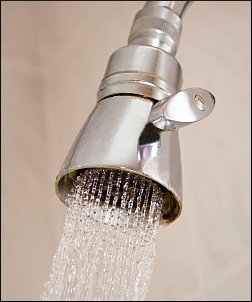 MALE prisoners are to return to the predatory sexual hell of communal showers, in a bid to help the government reduce CO2.

Home secretary Jacqui Smith said: "By allowing prisoners to wash themselves in privacy we risk handing the next generation a burnt-out shell of a planet.

"For the sake of our children it is time to reinstate the ancient British tradition of shower-time sodomy."

She added: "We're also looking at a system of carbon offsetting whereby a prisoner can have a private shower at the weekend as long as he agrees to be buggered on Mondays, Wednesdays and Fridays."

There was a mixed reaction within the prison system with some inmates suggesting that showering alone was usually more convenient than being set upon by a gang of sex starved maniacs.

Wayne Hayes, a fine defaulter from Reading, said: "To be honest, I think I'll probably just get some extra deodorant and wash my hair in the sink."

But Roy Hobbs, the recently appointed Mr Big at Belmarsh, stressed: "When I say drop the soap, you drop the soap. Do you understand me boy?"