Are you Wayne Rooney?

ARE you unsure whether you might be the former England skipper Wayne Rooney? Here are some telltale signs you might be him.

How does a typical night in the pub end?

A) A swift final pint and a kebab on the way home.

B) A weird situation in which you end up in a cheap hotel with three Instagram ‘models’ who you’d kind of like to have sex with but instead you drunkenly fall asleep in an armchair.

Do you frequently forget you’re married with four kids?

A) No, that’s pretty hard to forget.

B) You what? I’m young, free and single… oh, hang on, yeah I do have a wife and four kids.

What is a typical conversation with your partner?

A) Is it my turn to fill the dishwasher?

B) Moving forward, I hope we can put this incident in which nothing happened with the lap dancers behind us.

When did you last see a former girlfriend?

A) At a wedding. I thought it would be awkward but actually we got on fine.

B) On breakfast TV, gleefully explaining how we hooked up while she was working as a prostitute.

What is your job?

B) I go to tacky celebrity nightclubs like Chinawhite. I do some football management too in somewhere called Derby.

A) A wonderful woman called Helen who puts up with all my little annoying habits.

B) F**king furious all the time and looks as if she might punch me.

Mostly As: It’s okay, you’re probably not Wayne Rooney. You can rest easy that there won’t be any kiss-and-tell stories about you in the Sun tomorrow.

Mostly Bs: You are almost certainly Rooney. Have a big lie-down, sleep off your hangover and hope you didn’t do anything bad last night. 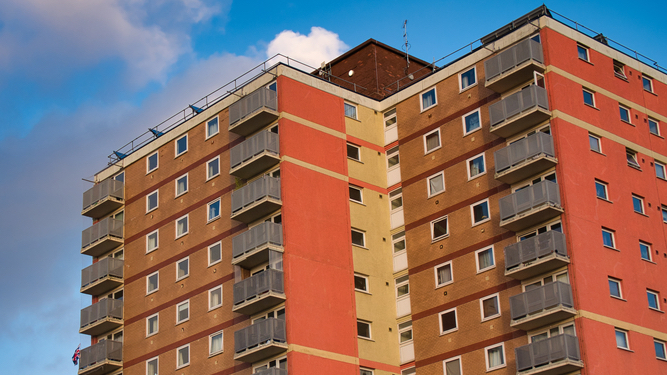 A MAN who was prudent enough to buy a 12th floor flat is sure that he has no need to worry about any future four-foot rise in sea levels due to climate change.

Tom Logan bought his flat in a block in Walthamstow and is convinced he is ‘future-proofed’ against any flooding that might devastate his less farsighted downstairs neighbours.

“Luckily, I don’t have to worry about any of that up here. I am, quite literally, high and dry.

“While the poor folks downstairs will be swept out of their flats by the rising tide, swimming desperately for safety, clinging to their furniture to stay afloat, I’ll be putting my feet up, watching satellite TV and taking advantage of my well-stocked fridge.

“I’ll be looking on from above at the poor sods who were daft enough to buy low-level residences drowning in the rising waters below.

“And if I do happen to run out of food, I can always ring Deliveroo. It’s called survival of the fittest – and the wisest.”