'Asda's for chavs': What your grocery delivery service says about you

IT’S never been easier to have food delivered to your door. Here’s what your choice of supermarket delivery service reveals about you.

Tesco is middle of the road

Nothing says anonymous suburbia like the arrival of a Tesco van. You know where you are with Tesco. Boring, drab Tesco. The Coldplay of supermarkets. Dropping off another truckload of meat and two veg to your dull cul-de-sac. Show some bollocks and at least try Sainsbury’s.

Ordering from Ocado is the ultimate power move. A sign you must be doing well for yourself. Curtains will twitch as the driver brings out tray after tray of luxury goods. Corn-fed chicken. Quinoa. Baba ganoush. It’s so posh the delivery guy is probably called Tarquin and went to Harrow.

When an Asda van rolls onto your street you know where it’s headed. To the house with the old washing machine on the front lawn that plays dance music until 1am every weekend.

Amazon Fresh is for hipsters

Bezos is everywhere. If he’s not in space, he’s muscling in on Morrisons. Sure, Amazon is basically evil. But it’s so convenient. And you sometimes buy wonky veg from the farmer’s market. So it kind of evens out.

The Co-op is for psychos and old dears

Yes it is. Choosing the Co-operative to deliver very crap products instead of one of the big supermarkets essentially means you’ve either (A) old with creeping dementia or, (B) you’re a kind, old lady who has ‘shopped there since 1946.

The cliched dangers of drugs, by someone who's never touched them 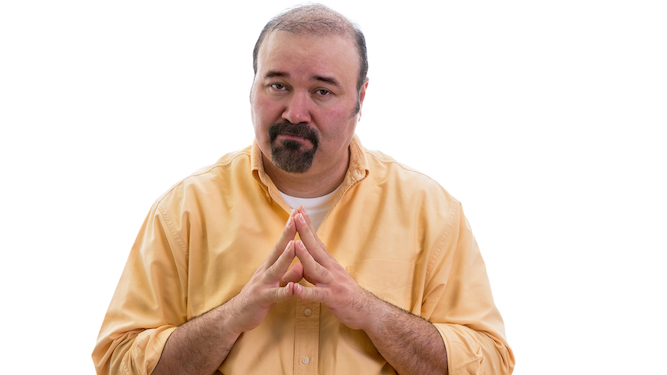 IS YOUR knowledge of recreational drugs based on recycled anecdotes and terrifying cliches? Stephen Malley, who has only experimented with bitter, explains the effects:

The street name for cannabis. One ‘toke’ on a ‘doobie’ will instantly cause a complete lack of motivation, causing you to fail your exams and become a street juggler in Bristol. Two ‘hits’ on the ‘reefer’ will give you lifelong red-eye and mean you can only digest ‘munchies’.

Or ‘Billy Whizz’, as dealers call it. A gram of ‘Billy’ will enable you stay up for a week, handy if you have work admin to catch up on, but the comedown will be a black pit of despair. And, based on the film Quadrophenia, you may become obsessed with mopeds.

You will instantly become ultra-confident and unable to stop talking. There is no chance you will just feel a bit high and nice. You’ll probably steal a high-performance sports car and crash it while snorting ‘white lines’ off a £3,000-a-night escort’s breasts.

Welcome to a one-way trip into insanity. Common effects of a low-dosage tab of LSD include: seeing God, believing you are God, cutting your face off with a broken mirror like in Hannibal, and permanently believing pixies and goblins exist, which was what happened to Led Zeppelin. If you survive expect weekly flashbacks for the next 30 years.

Touch these evil fungi and you can forget about a happy life as the deputy branch manager of NatWest in East Grinstead. Instead you’ll live in a knackered hippy traveller bus with a grubby, dreadlocked girlfriend called Leaf and her six rescue dogs. No thanks.

Not all jolly japes despite what Trainspotting would have you believe. Rather than running around the historical city of Edinburgh and going for lovely swims in toilets, most heroin users are selling sex in multi-story car parks in grimy locations like Mansfield. Yes, even world-famous rock stars.