RUSSELL Brand has enjoyed the comfort of a Mercedes Benz, just like Adolf Hitler.

The actor and comedian has attacked fashion label Hugo Boss for its Nazi past, but not Mercedes because, according to experts, their cars have a lot of leg room in the back.

Julian Cook, professor of German things at Roehampton University, said: “Russell’s a tall man and he needs the space you get in the back of an S-Class.

“Now the standard S-class has a wheelbase of just over three metres, which is good, but the open-topped 770 was almost four metres and so had room for Hitler, Himmler, Goebbels and Bormann.”

Brand, who wears Hugo Boss clothes when he is not comparing them to SS uniforms, also enjoys other products with inconvenient Nazi entanglements.

Recent photos show Brand driving an Audi, part of Volkswagen Group, which produced a famous car which was the brainchild of a famous genocidal maniac.

Meanwhile, historians have suggested that Brand could learn more about Nazi persecution if he spoke to victims, such as 83 year-old Fawlty Towers star Andrew Sachs.

Professor Martin Bishop said: “Sachs is German-Jewish and escaped from Berlin in 1938. Just a few decades later Russell Brand fucked his granddaughter and then told him all about it in a dirty phone message.”

Bishop added: “He could also trying making a film that isn’t a crime against humanity.”

Teachers to strike because children are vile 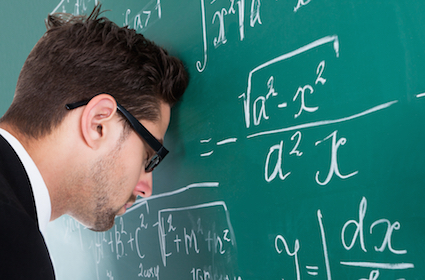 TEACHERS are to strike because children are unbearably horrible.

The National Union of Teachers says that all its members’ problems boil down to children being a massive pain in the arse.

Their demands include having pupils fitted with collars that electrocute them when their voice goes over seven decibels, and an industrial grade hose in every classroom that can be used for discipline and child cleaning.

An NUT spokesman said: “We’ve realised that no sum of money can compensate a person for being locked in a room everyday with a group of psychopathic midgets.

“You try to discipline them, and they either threaten you with Childline or run at you with a compass. The smarter ones have worked out that set squares make fairly effective shuriken stars.”

Secondary PE teacher Denys Finch Hatton said: “I could cope when they were screaming and throwing things, but now they’re all really into narcissism.

“Watching the little shits take pictures of themselves pouting when I’m trying to do the register, it’s more than a person can take.”

Pupil Stephen Malley said: “I’m so proud to be part of the generation that broke them. We didn’t even have to go out of our way to be especially awful. We’re just naturally ‘like that’.”