CELEBRITIES are so detached from everyday life they are landing their planes wherever they want, experts have claimed.

Harrison Ford became the latest millionaire superstar to land a plane in a public space, sending dozens of Los Angeles golfers running for their lives.

Ford then got out of the plane and went for lunch in a nearby restaurant. According to eyewitnesses, he waved to his terrified victims ‘as if they were pleased to see him’.

When he returned to the aircraft, a member of the public approached him shouting ‘you total maniac’, at which point Ford said ‘thank you’ and that he was ‘sure the new Star Wars film would be terrific’.

Martin Bishop, author of Celebrity Pilots Will Kill Us All, said: “They see everything as their personal airport. Howard Hughes used to fly his planes into people’s kitchens and then demand a cup of coffee and a biscuit. 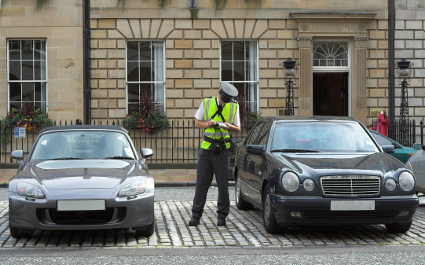 VOTERS have advised the Conservatives that they will need more than ten minutes of free parking to win the election.

The Tory move, which is expected to save the average household nothing, follows Labour’s promise to cut tuition fees by an insignificant amount and the Lib Dem’s saying they might legalise cannabis.

“They want to take a hint from Alex Salmond. There’s a man who can motivates voters by conjuring visions of ludicrous utopias.”

Conservative chairman Grant Shapps said: “Like a man who’s kept his mistress for too many years, we no longer put in the effort we used to.

“Ten minutes’ parking and 2p off beer is all you’re getting and be grateful it’s that much. We’ll have it back and more come June.”