EVERY child who dressed up for ‘World Book Day’ is just a character from a popular film.

The Institute for Studies confirmed the vast majority of children are only aware of the characters because of the films and the event is a total fraud.

Professor Henry Brubaker said: “Because most films are based on some sort of book the children think they can get away with it.

“But it’s total and utter bullshit.”

He added: “They’re pretending they like books and we’re letting them, because deluding yourself is always much easier. But they don’t like books. They like telly. Because they’re children.

“Worry about something else.”

Venues must set tickets aside for weird people 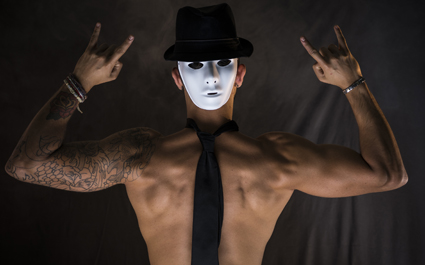 NIGHTCLUBS and venues must now reserve five per cent of their tickets for strange social misfits.

The ‘freak quota’ has been introduced to ensure that going out does not become the sole preserve of bland, organised young professionals who book everything online.

A government spokesman said: “Internet ticket pre-sales have excluded all the oddballs and borderline psychopaths who made nightlife interesting.

“Mostly they get by claiming benefits for some dead relative and eating old loaves out of skips, waiting for the next rave.

“Without them, Britain’s night time landscape would be just a sea of preening careerists, just like in the daytime.”

To qualify for ‘freak entry’ applicants must be what one would objectively describe as ‘genuinely fucking weird’.

Self-styled freak Roy Hobbs said: “Back in the day I would be out in my long pleather coat with just my pants and a grubby Daniel Poole jumper on underneath, gurning horrifically and giving out creepy back rubs.

“Then internet pre-booking arrived, which I didn’t want to do because I have no money and also am paranoid that witches live in computers.

“I look forward to being lodged in your nightmares once again.”