Charles To Use Throne As Bullshit Transmitter

PRINCE Charles will use the throne as a transmitter for his peculiar strand of bullshit when he becomes King, it was revealed yesterday.

As he celebrates his 60th birthday the Prince said it was vital the monarch was able to sweep away 360 years of constitutional convention and mouth off about whatever he felt like without being asked.

According to Jonathan Dimbleby, the Prince's biographer and official friend, the heir to the throne will demand a weekly, hour-long television broadcast where he will go through his latest complaints and give updates on the progress of previous complaints.

Dimbleby added: "He has a very long list of things he wants to talk to us about."

According to Dimbleby, the Prince's latest issues include:

But Labour backbencher Roy Hobbs said: "As monarch, his constitutional role will involve waving to tourists from a horse and wishing us all a merry Christmas.

"In exchange for that he gets eight houses, a two month skiing holiday and all the foxes he can stuff.

"If he has a problem with any of that I'd be more than happy to draw him a picture of Charles I's headless corpse." 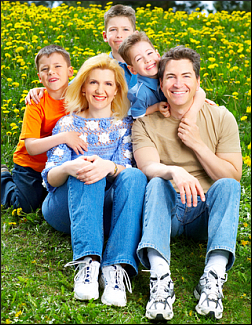 HARD-working families are not the only ones who deserve tax cuts, according to single people who do barely enough to get by.

As chancellor Alistair Darling put the finishing touches to his pre-Budget report, millions of lazy underachievers insisted they would spend the money on X-Boxes and shit.

Tom Logan, a trainee solicitor on his first written warning, said: "As someone who doesn't really care about anything other than spending money, I'm the chancellor's most vivid wet dream.

"The last thing you want is to give the money to some sensible middle-class couple in their late thirties who are at their desks by half-eight and pay attention during meetings.

"All they'll do is pay down their overdrafts, put it in some child trust fund or buy pointless, VAT-free goods like baby food and romper suits.

"On the other hand if you give the cash to me, I'll buy booze, fags, a big telly and an emergency iPod.

"And then I'll take Friday afternoon off 'cause my gran's dead. Again."

Meanwhile the Conservatives have backed the chancellor's plan to give generous tax breaks to low income families who don't vote.