Derren Brown has hooves instead of feet

DERREN Brown has goat-like hooves because of doing black magic, it has emerged.

The celebrity evil wizard was recently filmed surviving asphyxiation with a plastic bag, an act which could only be done with the help of demonic powers.

Brown’s neighbour Wayne Hayes said: “I was thinking about Derren when I bought some milk, and when I got home it was off. That afternoon I lost a hammer, or at least could not find it for a bit. It all seemed too much of a coincidence.

“The next day I saw him sunbathing in his garden and he had hooves instead of feet. Cloven hooves, like a goat’s, which are the bad kind of hooves.

“That night I prayed for him to be destroyed by God but he was still around in the morning, putting his bins outs.”

Donna Sheridan, from Hartlepool, said: “Whether he is evil incarnate or not, his programmes are very entertaining and I think it would be a shame to burn him at the stake.”

Big fat pigeon to continue being a prick to smaller pigeons 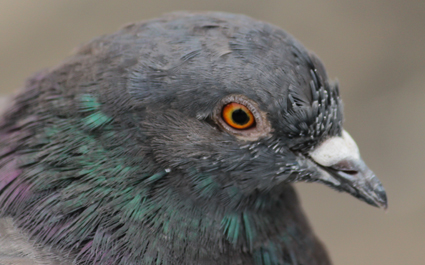 A FAT bastard of a pigeon has announced that he will continue to be a prick to other, smaller pigeons.

Large breasted bell-end pigeon Nathan Muir said that he will continue to boss his fellow pigeons about when there is bread on the floor, until someone stops him.

Muir said: “I’m the fattest, so I get to be in charge. Nobody gets any bread or grain until my fat belly is full to bursting point.

“A bit like Idi Amin when he was in charge of Uganda, or Boris Johnson when he takes over the Conservative Party.

“Fattest knobhead gets to run things.”

“But that doesn’t mean I wouldn’t like to kick one of those horrible, aggressive pigeon bastards right in its fat arse whenever I see them bullying the smaller pigeons.”