JOHNNY Depp’s string of poor career choices has ended with a captivating short film about why it is wrong to smuggle dogs into Australia.

The formerly cool actor whose recent output includes The Lone Ranger, Transcendence and Pirates of The Caribbean IV: The Quest for Yet More Money, has been widely praised for his sincere warning about putting undeclared pets on private jets.

Critic Emma Bradford said: “It’s great to see Johnny back at his best, being weird in a low-budget indie film.

“His strange, puffy not-quite-Johnny-Depp face and uncannily lustrous hair are a compelling double act. It’s powerful stuff that has certainly made me think twice about smuggling any creatures into Australia.”

Failed musician wants you to know how amazing settling down is 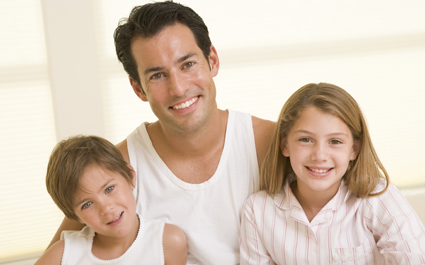 SETTLING down with kids and a mortgage is an incredible achievement that surpasses anything else, according to a man whose other plans failed.

Parent Wayne Hayes has been incredibly lucky to find family life more exciting and rewarding than his earlier ambitions of being a rock star.

Hayes said: “Settling down is the greatest thing that’s ever happened to me, so it’s just as well all those other projects involving incredible wealth and success went down the toilet.

“If my 90s rock band, Cybernight, had signed to EMI, as we very nearly did, I might not be here looking after two small children and working for a medical packaging company.

“I’m always telling people how glad I am that things turned out as they have, but sometimes I’m so passionate about settling down they look a bit scared.”

Friend Donna Sheridan said: “It’s great that Wayne loves family life, because if I’d had all these brilliant projects that almost succeeded I’d secretly be incredibly bitter about dreary things like mortgages and nappies.

“Although when I asked him to tell me about the time his band supported Foo Fighters he started crying.”