FATE has apologised for sleeping on the job and allowing Bono to emerge unscathed from an air accident.

Always with you, never without you

The impersonal force that predetermines events has admitted that the incident in which an aircrafts rear hatch flew off in mid-air was slated to be the U2 singers end, but that it was napping at the time.

Fate said: Believe me, I know how frustrated everyone feels.

You have no idea how hard Ive been trying these last 35 years, but the man seems unkillable.

Hes too short for snipers, hes too pious for a drug overdose, and he should have been crushed under the weight of his own ego years ago but somehow it only makes him stronger.

Unpalatable as it seems, Im afraid that someone up there appears to be looking after him.

Following denials from the Almighty, Lucifer admitted having a hand in Bonos miraculous survival, saying: I know, I know, but I cant bear taking him just yet.

You thought hed be going to the other place? But how could it be Hell without Bono? 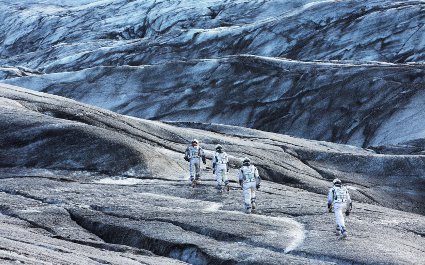 Cinemagoers watching sci-fi blockbuster Interstellar have staggered out of the film after almost a quarter of a century to find that only a few hours had passed outside.

The massive gravity of Oscar-winning stars Matthew McConaughey and Jessica Chastain crushes spacetime in screenings, meaning that those inside experience time passing at a much slower rate.

Stephen Malley of Stockport said: “By the time the first bit about corn and dust had finished it already felt like I’d been sitting in that same cinema seat for years and years.

“And during Anne Hathaway’s big speech about love being one of the fundamental forces of the universe, I could feel my skin tightening and wrinkling, my eyes failing and my hearing going, which frankly was something of a relief.

“But when I left the cinema it was just a few hours later and my wife couldn’t understand why my hair was grey and I had two teenage daughters with the woman from the seat in front.”

Multiplex manager Donna Sheridan said: “Cinemas are no strangers to bending reality, like the pocket hyperinflationary universes we create to convince you paying £8.50 for a big Coke and popcorn is perfectly reasonable.”