Godzilla had scaled back his rampages in recent years due to increasingly poor health. His decline became evident in 2010, when he had to pause midway through trashing Tokyo to lean on a skyscraper and have a coughing fit.

The lizard’s doctor Roy Hobbs said: “He may have beaten King Ghidorah, the three-headed dragon monster, but it was too much salt that finished him off.”

Former adversaries were quick to offer condolences. Mothra said: “Godzilla was much superior at the fighting. I enbow my head at his conflictingness.”

Giant pterodactyl Rodan said: “He was a worthy opponent, and a damn good friend. His battle against Smog Monster is what inspired me to get into this whole monstering thing.

“The greatest of us all has breathed his last nuclear breath.

“If monsters have a Heaven, that’s where he’s gone. However that does seem unlikely.”

Godzilla leaves behind a son, Son of Godzilla, and a giant robot version of himself, MechaGodzilla, and an evil doppelganger from beyond the stars, SpaceGodzilla.

Anything about drugs accused of glamorising drugs 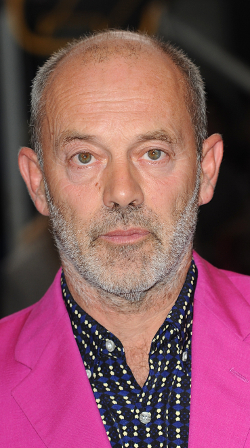 ANY programme, book, film or remark about drugs makes them seem glamorous, it has emerged.

As Channel 4’s Drugs Live: The Ecstasy Trial drew accusations of glamorising drugs, government advisers confirmed that it was impossible to say anything about illegal substances without making kids want to inject crack into their Angry Birds toys.

“And clearly it’s not worth doing, because no one in England takes drugs these days, because it’s illegal.

“Now can we change the subject?”

Teenager Stephen Malley said: “I’m not sure Keith Allen gurning like a randy scrotum is my idea of glamour. But if the government says it is, I must accept that.”

Meanwhile Channel 4 switchboards were jammed last night by viewers convinced they had been hallucinating.

Viewer Stephen Malley said: “I’m freaking out here. There appeared to be several people on my screen describing what it’s actually like to take Es and the ramifications of doing so in a reasonably adult fashion.

“I know this can’t actually be happening because we live in England, so why do I think I saw this? Is it some sort of flashback from the pills I did in the 90s?

“Also, it features the weird doctor who likes staring at banana-shaped penises. His eyes look like they have teeth.”