Nathan Muir has been snickering at the Queen’s decision to make Harry repay £2.4 million for Frogmore Cottage and the loss of his HRH title as if the Prince will ever suffer a moment of hardship.

Muir said: “Welcome to the real world Harry, where everything’s not given to you on a plate.

“You’ll have to get a job as a street sweeper or something. That’ll teach you a lesson. Your multi-millionaire dad won’t bail you out, because that’d be wrong.

“And Meghan? No way she’s got any money left from when she was earning half a million a year, and Hollywood won’t touch her now. You messed this one up, sweetheart.

“Yeah, those two will definitely have to learn the meaning of hard graft. No more world tours at the taxpayer’s expense. They’ll soon come running back.”

The Duke of Sussex said: “Apparently businesses are falling over themselves to give us things for free. Not that we need it. But we’ll take it.” 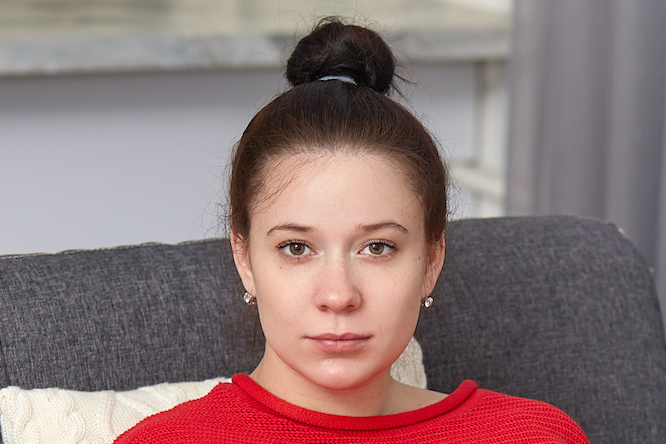 A 30 YEAR-OLD woman is about to learn a harsh lesson after failing to undo her hair bun for four days.

Melissa Holmes said: “I just like to keep my hair in a bun while I’m not washing it, I don’t see what the big deal is.

“I also like to keep it in a bun while I sleep so I don’t catch my hair under my arm or anything like that.

“I kind of enjoy the messy look, too”

But hair expert Jane Thomson explained:  “The first stage is confusion while having trouble untying your hair. The second stage is untying it but having your hair band still stuck in it.

“The third stage consists of trying to get the hair off your hair band. And then the suffering really begins.”