Is It Racist Even If You Don't Beat Them Up? Asks Cheryl

CHERYL Cole dismissed claims of racism last night, insisting it has been years since she physically attacked a black person.

The nation’s sweetheart is embroiled in controversy after rejecting Zimbabwean X Factor contestant Gamu Nhengu in what experts claim is a chilling echo of the time she beat the hell out of washroom attendant Sophie Amogbokpa.

A Facebook page calling for Gamu to be reinstated has attracted around 130,000 people with the brains of seven year-old schoolgirls, with many claiming Cole is relaunching her bid to be the next Grand Hippopotamus of the Knights of the Ku Klux Klan.

But friends of Cole said she could not possibly be racist, stressing she had been married to a black man who cheated on her repeatedly and then did not even have the decency to send a card when she caught malaria in some God-awful part of Africa.

A source said: “Cheryl is also close friends with Wil.I.Am from the Black Eyed Peas, but that doesn’t matter to her. They could be the Orange Eyed Peas for all she cares.”

In an official statement, released last night, Cole said: “I admit there was a time when some folk thought I might have been a bit racist and that. But I totally got it out of me system. It were in the bogs at a club. I had to go to court and everything. Did you see us on the telly?

“Since then I either attack no-one at all, or I attack everyone in the room regardless of the colour of their lovely, lovely skin.

“That said, I do think it’s nicer for the audience when the X Factory is full of lads and lasses who look exactly like me.”

She added: “Now don’t make us kick the fookin’ shit out o’ yeez.”

Councils begin not getting enough salt for winter 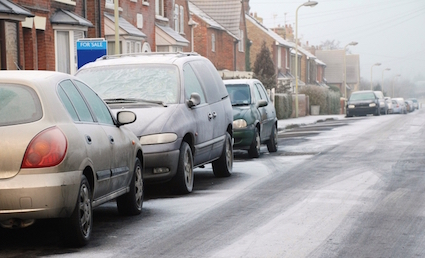 LOCAL councils have started ordering insignificant quantities of salt in preparation for a hard winter.

Councillor Bill McKay, from Peterborough, said: “We’ve learned the lessons of last year and have made sure we have enough to be able to go mental with it during the first couple of days of mild frost, after which we won’t have any.

Roy Hobbs, chief executive of Steadbury Council, said: “Salt is really bad for you. I got a leaflet from the council about it. It featured a cartoon character called ‘Spammy the Salt’ and had massive orange writing.”

He added: “I’ve sent dozens of my staff to salt depots in the UK, Europe and beyond so that they can gaze in wonder at the huge piles and then come home immediately without ordering any of it. I like to think I run a pretty tight ship.”

Bristol-based TV news editor Emma Bradford said: “A lack of salt will enable us to have a reporter based permanently at the depot where the salt is stored.

“Lorries will drive back and forth behind them and a balding man in a high-visibility jacket will appear periodically to clarify the absence of salt.”