Life Under Mugabe Better Than Life Under Harry, Says Chelsy

FORMER Royal girlfriend Chelsy Davy is to return to Zimbabwe rather than spend another minute underneath Prince Harry, friends said last night.

Miss Davy opted for life in the world's leading hell-hole after one final session at Boujis watching the Prince drink champagne while talking about how he would much rather be in Afghanistan, before being chauffered back to his gigantic palace.

A source close to Miss Davy said: "According to several international studies, Zimbabwe is the worst country in the world. Inflation is two million percent and the whole place smells like an old cat and is run by an 83 year-old psychopath.

"Most people would rather die than live there. But I'll bet you 500 billion Zimbabwean Dollars that those people haven't woken up next to Prince Harry."

The source added: "Chelsy would rather live without electricity, clean water and proper sanitation than have that grunting, beer-sodden lout bearing down on her four times a week.

"And it's not just the drunken, equestrian-themed sex. There were all those awful weekends at Highgrove where Harry would go around shooting peacocks and Charles and Camilla would dress up as Grenadier Guards and ride each other around the drawing room."

Miss Davy, who had just begun a four year course in handbags at Leeds University, will now spend her days skinning antelopes, bribing the police and defending the family farm from President Mugabe's army of bloodthirsty madmen. 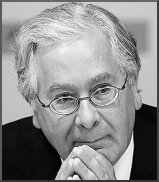 NORTHERN Rock? Knob-gobblers, more like. That bucket-fanny chairman turns up at my gaffe, pin-striped, watch chain, Saville-fuckin'-Row. Says “Merv, I’m out of my depth, need 30 bills for a bail or we are getting arse-banged by the regulator and, by the way, so are you.” Cock-swiveller.

He thinks I’m going to roll-over, wave my plunger in the air and pipe him aboard because if he craps, the whole fuckin' market goes down the shitter with him; just because he’s fucked every granny in Geordieland for her savings and then pissed them into the Tyne I’ll open up my legs and show him my muff stilton. What am I? A fuckin' minge-winker?

So he’s sitting there all smug, asking me when I can make the injection, and I’m playing him along, acting proper concerned, then I reach under the desk, pull out my shooter, shove it right up his posh toffee nose, cock the trigger and say: “How’s about I inject this up your back-hole and bail your guts all over the wall, you piss-faced tit-cocker.” And he pebbles his boxers on the spot. Saville Row shitpants. I nearly pissed myself.

Next it’s Lloyds-wanking-TSB. They want 30 huge so they can buy the Northern and keep it hush-hush. Thirty wanking billion? Fucking shit-knockers, I say and get Terry to show them the quick way out, down the fucking fire escape, head fucking first. They’re worse than the Geordies. Bumrubbers, the lot of them.

Then it’s Bernanke on the dog. “Merv, Merv,” he says, “we've lent billions to the blacks and the rednecks and now they won’t give us a penny back. My sub-prime is so fucking sub it’s underwater. What am I gonna do?” Nonce.

“Bernie,” I say, “I got Darling here leaking dirty water because he’s been in the job three days, bust one bank and cluster-fucked the markets. Brown is trampling on his love spuds every morning then getting on the blower to me to fix it right now or he’ll have my nads on a spike. Yesterday. And you want my help 'cos you’ve been legged over by some inbreds? If you hadn't pissed it in the first place none us would be in this fucking bumchain. I shit you not. Now fuck off.”

Any road up, better get myself spruced. Speaking to a load of brokers at the Mansion House tonight. Cock-swappers.