Met Chief Refuses To Resign After Setting Fire To A Tramp

METROPOLITAN  Police Commissioner Sir Ian Blair has refused to resign despite setting fire to a tramp in central London.

Sir Ian said he was too important to the fight against terrorism to be forced from his post by people who were sentimental about vagrants.

He faced down his critics after the Independent Police Complaints Commission pin-pointed a series of management failings which led to Sir Ian torching an anonymous hobo under a railway arch near Vauxhall tube station.

Sir Ian said: "There is nothing in this report to suggest that a future Metropolitan Police Commissioner, faced with the same set of circumstances, would not set fire to a tramp.

"A senior policeman who has finished work for the day, is a bit bored and is looking for someone to set fire to is just one of the many risks we now face.

"I deeply regret the chain of events which led to me setting fire to that tramp, but I have to tell you I would not hesitate to do it again."

Sir Ian stressed that the tramp in question was not English, adding: "Throughout this inquiry I have made it clear that he looked and sounded foreign. If I had to guess, I would say he was Scottish.

"Are we really going to hand a victory to Al-Qaeda because I set fire to some random Scotsman?"

'We Haven't Got A F*cking Clue' Admit Scientists 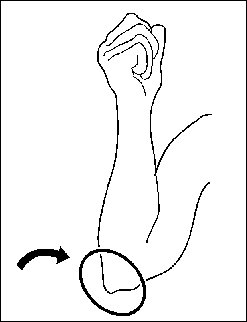 SCIENTISTS do not have the faintest idea about anything anymore and are not even 100% sure of that, they admitted last night.

The scientists are now urging everyone to follow their advice as usual, but only if the advice is to ignore them, and if it isn’t they say people should pay no attention to them at all.

Dr Wayne Hayes, director of science at the Institute of Science, said: “You see this? Is it my arse or my elbow? I haven’t a bloody clue.”

Dr Hayes said research published by the Institute in the journal Nature this week showed “beyond any doubt” that sunbathing made your skin look old and young at the same time.

“It might just be a trick of the light,” he said. “Or it could just be that whole arse-elbow dynamic. I’ve really no idea.”

Nikki Hollis, 26, said she had contacted the Institute this week to ask them whether it was safe to drink a glass of wine a day during pregnancy.

She said: “On Monday they said it was fine, but the next day they said even one drop would make my baby come out looking like Paul Daniels. I’ve been crying ever since.”