CHINA has asserted its growing technological dominance by setting a new record for the speed of light.

Scientists at the Shanghai Institute for Technology have pushed the speed to 197,345 miles per second, shattering the previous record of 186,282 miles per second set by the BBC Tomorrow's World team in 1976.

It took the Chinese just three attempts to set the new record using a network of powerful lasers, a crystal magnifying glass and 14 million people on exercise bicycles.

The Chinese government said they would use the new super-fast light for peaceful purposes, insisting 'the systematic enslavement of all humans is not on the agenda'.

Mankind has been in a constant battle with the speed of light since Sir Isaac Newton set the first record in 1687.

Using a specially designed horse, the Cambridge physicist pushed the speed of light to more than 12 miles per hour.

After Newton's triumph light was transported via horseback for the next 150 years, until Isambard Kingdom Brunel patented his Condensing Light Refractor and Cotton Separator.

Brunel's obsession with the record led to fears that the world would eventually implode or fold-up like a huge origami swan.

An editorial in The Times from July 25th 1846 warned: "Light is one of our most unstable gasses. Mr Brunel is exposing Her Majesty the Queen to the greatest peril."

The international community is now watching closely amid fears China is planning to start a war on the moon.

Africans Disappointed To Discover $100 Laptops Are Not Full Of Food 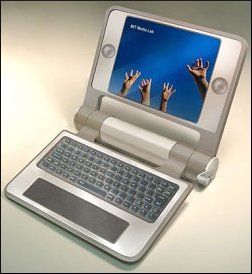 COMMUNITIES across Africa have revealed their disappointment that the new $100 laptops contain no nutritional value.

The scheme, organised by western technology companies, is designed to give young Africans the chance to play Tetris before their village is burned to the ground.

Meanwhile, as broadband is rolled out across the continent, millions of Africans have been surprised to discover it is a sophisticated communications network rather than a big pipe full of rice.

She added: "You have a beautiful food mountain in Europe, yes? Any chance I could work my way through $100 worth of that?

"I promise I will then write a presentation about how hungry I was using the latest version of Microsoft Office."

Twelve year-old Robert Otengwe said: "I am very much looking forward to using my laptop to order fresh bread and vegetables from Amazon.

"Tell me, do they deliver to Chad and do they accept payment in tiny pebbles?"

Wayne Hayes, spokesman for the $100 Laptop Foundation, said: "At first they will probably be used by local warlords to plan genocide more efficiently and divert aid money to Switzerland. But eventually these laptops will allow millions of Africans to order cheap DVDs."

He added: "Should we sell laptops to Africans, rather than just giving them free food? That's a big philosophical question isn't it?"