The photo shows the most perfect people ever created, reminding Britain’s lower and middle classes that they live in the greatest country in history.

The spokesman added: “Look at their smiles and their clothes and remember that they deserve it and you don’t because of your inferior genetic material.

“You may now return to your menial labour.” 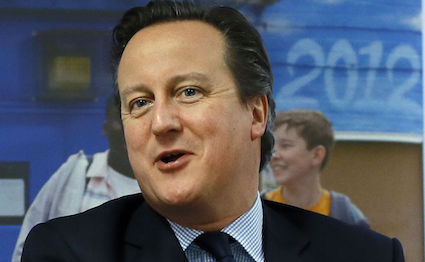 BRITAIN is anxiously awaiting David Cameron’s attempt to ingratiate himself with a Star Wars reference.

It has been confirmed the prime minister will use the blockbuster as a way of ‘connecting’ with voters, thereby ruining the film forever.

Star Wars fan, Martin Bishop, said: “After he’s said it I’ll go on social media and express my anger in such a way that I’ll be placed on an MI5 ‘watch list’.”

Meanwhile, Cameron’s advisers have been forced to help with his ghastly attempt at cultural relevance.

A Downing Street source said: “He wants to do something with ‘Poe Dameron’ because it rhymes with ‘Cameron’. It’s hellish, but could also be relatively painless.

“At the moment, however, he’s leaning towards ‘the economy has awoken in the same way the force has awoken’.