MEN have expressed disgust at a sexy woman giving away nude photos of herself for nothing.

Joining the chorus of revulsion at Kim Kardashian’s latest nude selfies, men have condemned the shallow cynicism of an attractive woman who freely distributes pictures of her large breasts.

Nathan Muir of Durham said: “If only we could turn back the clock to a time when nude photographs of a hot celebrity were not available to anyone for free, in their pocket, at any time.

“It’s so terrible, living now. I don’t know how we bear it.”

46-year-old plumber Bill McKay said: “It’s a sad indictment of this shallow modern age, tainted as it is by an unquenchable thirst for celebrity at its most superficial level, that you cannot escape big, bouncy breasts.

“I’ve been thinking about how we can stop it but I’ve got nothing.”

Man who wants revenge against schoolmates unsurprisingly joins the police 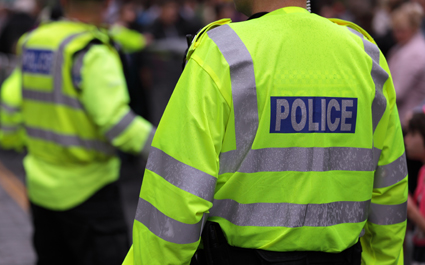 A MAN who wants to get back at everyone from school has surprised no-one by joining the police.

25-year-old Martin Bishop, who was teased as a boy because of his funny-shaped ears, is planning to use his new-found powers for revenge against his former schoolmates and society in general.

He said: “They can say what they want about me, I’m a policeman now.

“Which means I can come round to your house, plant a bag of weed and stick you in a cell forever.

“Let’s see who wants to be a smart-arse on Facebook now then.”

Bishop confirmed that he is particularly interested in former schoolmate Norman Steele, who used to call him ‘Trophy Head’ because of his ears: “I’ll be outside that bastard’s house every night in the squad car, eating crisps while watching and waiting for him to put a foot wrong.”

Former schoolmate Tom Booker said: “Martin was one of those people who always took it to heart when people took the piss.

“I suppose he was always going to be either a copper or a football hooligan. At least this way he gets a salary so fair play to him I suppose.”