Batman v Superman a reboot of Kramer vs. Kramer

SUPERHERO fans have been surprised to learn Batman v Superman: Dawn of Justice is a reboot of 1979 divorce film Kramer vs. Kramer.

The reboot will feature Bruce Wayne and Clark Kent as a married couple whose relationship breaks down, leading to a bitter custody battle for their adopted son Robin.

Producer Julian Cook said: “It’s about two superheroes who both love their child but no longer love each other.

“We see them on happy family holidays in Tuscany, and Batman being overjoyed at his son riding a bike without stabilizers for the first time.

“But then the rot sets in as they’re both ambitious workaholics, plus Superman’s more of a day person while Batman, as you might expect, tends to stay up late.”

The film climaxes with both men finding out who gets custody of the child at a 7am court hearing.

Cook added: “That’s where the title Dawn of Justice comes from. The winning superhero takes the kid off to Costa for a hot chocolate while the other one stays in the rain, forlornly clutching a wet teddy.”

Now is worst time to be young, if you exclude generations who fought in wars 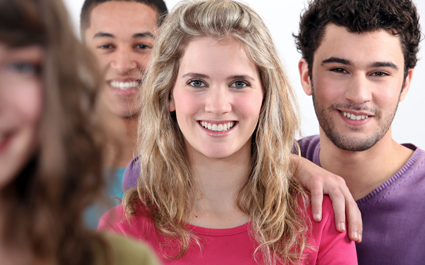 ‘MILLENNIALS’ are the least fortunate generation in recent history apart from the ones who got conscripted, it has been claimed.

Twenty-somethings are blaming rising house prices, stagnant wages and too many cool new Apple products for making them the worst-off generation, if you forget those who were young adults during World War One or World War Two.

23-year-old trainee arts curator Julian Cook said: “I really want to move out but I’m stuck at my parent’s house, where I have all my food and clothes-washing taken care of but it’s really quite oppressive and my dad sometimes makes sexist jokes.

“Also there’s a girl I really like but I don’t think she likes me. And I saw a cool jumper in American Apparel but I can’t afford it.”

However 94-year-old D Day veteran Roy Hobbs said: “I understand that modern society is really unfair and that is a terrible shame.

“But I had to jump out of a boat while there were people shooting at it with guns and cannons.

“Then I landed on a beach where there were lots of other people shooting at me, and I had to kill several of them which still haunts my days and nights.