Morrissey too cheerful to be our mayor, say Londoners

MORRISSEY is too friendly and upbeat to represent London, it has been claimed.

Following reports that the singer may stand for London’s mayorship on an animal rights ticket, residents of the capital said he was too positive for their tastes.

Accountant Donna Sheridan said: “Morrissey always says he’s miserable, but I’m 43 and living in a converted hallway with a toilet in a plasterboard cubicle.

“If he wants Londoners to vote for him he should do a song called Basically I Just Work and Go to Shitty All Bar Ones Full of Arseholes.

“However I know he’s against transporting livestock in cruel conditions, so maybe he could do something about my tube journey.”

Electrician Tom Logan said: “Morrissey acts like a moody unfriendly bastard but I bet if he collided with you while striding head-down through Paddington station he’d apologise, unlike me.

“I don’t think Morrissey can claim to have felt lonely until he’s been on a night bus with a mentally ill racist, a menacing teenage gang and a guy in a suit urinating down the stairs.

“If he became mayor he’d start off all keen, then something would happen like a shopkeeper being really rude for no reason and he’d just think ‘fuck you all’, as we Londoners do every day.” 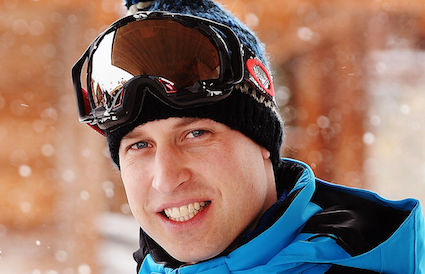 THE Duke of Cambridge is wondering why so many of you are not enjoying an Alpine skiing holiday like him.

Taking time out from his latest luxury vacation in the French Alps, the Duke said: “In a few weeks time all the snow will be gone and you’ll have missed it and that would be a terrible shame.

“Seriously, just hop on a plane.”

He added: “I’m having a much needed break from opening buildings and, you know, ‘stuff’.

“I’m also discovering how easy it is to raise children when their futures are completely secure and you have absolutely tonnes of help. Who knew?