Naomi Campbell To Wrestle A Bear

SUPERMODEL Naomi Campbell has agreed to take part in a televised brawl with a bear.

Campbell will receive up to £5 million for the eight-round match against a 10 foot-tall, Alaskan Grizzly named Harold.

Campbell is one of the most accomplished fighters in the world of international supermodelling, but until now has satisfied her appetite for violence by taking on domestic staff and public servants.

Tom Logan, editor of Bear Fighting World, said: "Campbell is in terrific shape, as ever, but this is a big step up from a housekeeper or an airline stewardess.

"Housekeepers tend to be pudgy and slow and are naturally submissive, given that they work for you.

"Stewardesses, hotel staff and the like, are trained to please and so are likely to accept a severe beating for giving you the wrong flavour of Pringles.

"Harold, however, eats about 20 pounds of raw meat a day and weighs 85 stone. He is, essentially, a killing machine who doesn't take any shit from supermodels."

Campbell is training for the Old Trafford bout by assaulting up to 20 hospitality workers and junior police officers a day.

It is the first time a supermodel has agreed to fight a wild animal since Elle McPherson retired from alligator wrestling in 1997.

Teleportation device not quite there yet, says disembodied head 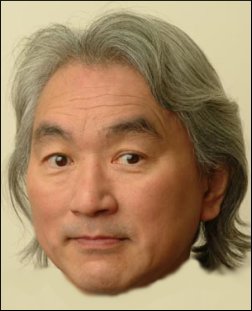 STAR Trek-style teleportation is months away from becoming a scientific reality, the disembodied head of its inventor insisted last night.

Professor Michio Kaku’s head made the astonishing claim from the floor of a New York laboratory after a demonstration of his latest prototype.

It is claimed that Kaku’s device would be able to dissolve a human being into its constituent atoms, transport them through space and then reassemble them with an accuracy level of over 90%.

Dr Wayne Hayes, the professor’s lab assistant, said: “Oh my god. Oh my fucking god. What is that? It’s got an arm coming out of its stomach.

“And his bum’s inside out. That can’t be right. Pete, get a bucket. Be careful! I think you just stood on his eye.

“Holy Christ, his feet have run off. Don’t hit them. We want them alive. Right, just shove what we’ve got back in and I’ll stick it in reverse. Is that his knob?”

Professor Kaku said: “We’ll put it on sale as soon as we get to 95%. I’m sure people will gladly lose the tops of their fingers, or an ear, if it means they can cut 20 minutes off their commute.”

He added: “All models will be fitted with a set of handrails to prevent users from toppling over if their feet don’t arrive on time.”