THE number of BBC presenters in prison has reached a five-year high after Radio 1 DJ Groovewhittler was jailed for a second offence of dog frottage.

Mr Whittler, 37, had dressed his pet Bedlington terrier Bessy in Agent Provocateur and was rubbing himself against her when he was surprised by his Filipino cleaner Agnes.

His claim, that he and Bessy were practising a 'Heelwork to Music' routine for Crufts next month was, dismissed by the judge, who pointed to a list of previous convictions for lingerie-related dog abuse.

Mark Thompson, BBC director general, said: “Why would I be hanging around a public convenience at that time of night in that part of London? I’m a married man with my own washroom at Broadcasting House.”

It is the BBC's highest prison quota since a gang of Radio 3 producers were jailed for turning the Composer of the Week studio into a crystal meth lab.

There was some good news for the corporation last week after Bill McKay, co-host of Wheelchairs on Ice, was acquitted of bludgeoning his gay lover to death with a prosthetic knee. 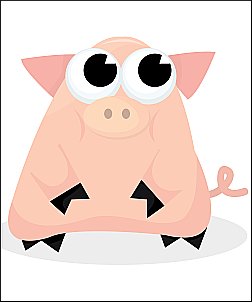 CANDIDATES for sainthood will have to meet more demanding criteria, including regular contact with the Virgin Mary, either via mobile phone or email.

Senior Vatican officials want to overhaul the process of sainthood before it is relaunched later this year as a premium product.

Beatification will be rebranded as 'SainthoodSilverClass', while full-scale canonisation will be upgraded to include 24-hour access to the Ambassador's Lounge.

Vatican saintmaster, Monsignor Luigi Bertoni, said: "We're going to need to see a text message or email from the Holy Mother. And not some boring, standard response. It needs to have in-jokes and stuff like that."

He added: "Those who claim to have the stigmata will need to be able to stick a pencil all the way through, or put their hands over their eyes and read out some letters on a card."

Meanwhile the number of required miracles will be increased from two to six, with at least one of them involving a flying carpet or a talking pig.

The miracles will be presented to the Pope who may then grant a provisional feast day and give permission for the candidate's underwear to be displayed in the local church.

If the feast day is a success, and people like the food, the candidate's name then goes into the Pope's Big Christmas Tombola.