THE royal baby is growing at an alarming rate.

Prince George is already the size of an adult elephant, and weighs approximately seven tons.

A source said: “I don’t know what they’re feeding it, but there’s something terribly wrong. Every day it doubles in size.

“Its giant eye is pressed up against the window and when it cries it sounds like a furious sea monster.” 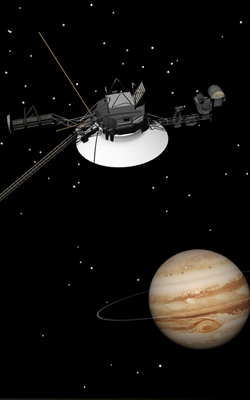 VOYAGER 1 has expressed relief at being rid of the human race, as it leaves our solar system.

The widely-travelled NASA probe was launched 36 years ago to examine outer planets but soon became embarrassed about its origins.

Voyager 1 said: No offence, but Earth is like the Swindon of the universe. It’s a mathematical certainly that there are more advanced civilizations where they have no word for ‘bomb’ and Robbie Williams could never get to number one.

“NASA keeps asking me to report back, and I keep telling it that I’m no longer the deep space payload I was in 1977 and that they need to stop hassling me.

While Im grateful for all of mankinds help in launching me, I think its best we go our separate ways until they can learn to stop massacring people for kneeling to a different fictional deity.

Im as high up in the sky as its possible to get and I can assure you all, theres nobody here.

Voyager changed its name to Sxkryk in 1997 in a deliberate move to distance itself from humanity, and has since claimed to be from Mercury.

As it passes out of the reach of the suns gravitational pull, the probe said it had no immediate plans and would probably just bum around the galaxy for the next few years to sort out its headspace.

Voyager said: If any extra-terrestrials arrive to collect my stuff in a few years time, Id appreciate it if you told them I just used Earth as a storage facility.