THE Church of England has urged Prince William not to hop on a passing skank if Kate Middleton gains a few pounds.

In a prayer, specially concocted for the Royal wedding, the Church said Kate was a nice looking girl while also implying that it is easy to let yourself go once you get married.

The prayer, which will be read, out loud, by humans, over the next three weeks, calls upon God to watch over the couple and asks Jesus to keep up to speed with their dirty thoughts.

Oh God, please guide William and Catherine,
Who could both be described as comparatively attractive,
Especially her, obviously.

Keep their faith in each other strong, especially if she bulks up a bit, or when the last strands detach themselves from the top of his head.

Replace their perverted longings with the desire to serve,
And keep them from getting naked with some greasy, foreign spiv or horsey, big-hipped girl from the Cotswolds.

Because if that happened it would be the worst thing in the world. Much worse than famine, war or a load of Buddhists being swept away by some gigantic wave.

As always, you and Jesus are both totally brilliant, keep up the good work,
Amen

The couple are to trademark their DNA and have tattooed ‘©1983. A Michael & Carole Middleton Production’ across Pippa’s forehead.

In a letter to the Press Complaints Commission, the Middletons said: “The last thing anybody wants is the kind of media scrum that ultimately resulted in the tragic death of Diana because the lighting in that thing was terrible and most of the shots were out of focus.”

The couple have already responded to claims they are cashing-in on their daughter’s choice of penis with a series of collectible scratchcards and a spicy KFC bucket called ‘the Middleton Mega Meal’.

Mrs Middleton has also answered critics with her new book Carole’s Uterus: The Queenmaker, a series of smear test results and pithy observations charting the life and times of her historic fandango.

Caveman picked up on archeological gaydar 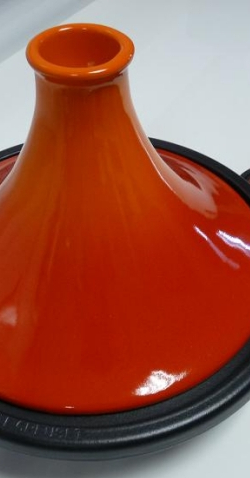 THE earliest known homosexual has been spotted by an archeologist’s state-of-the-art gaydar.

Experts at the site in the Czech Republic said that while there was nothing obvious about the 2500 year-old discovery, they just knew.

The burial site has revealed only a male body, facing east and surrounded by pots, but little in the way of physical evidence to suggest the dead man was fabulous.

Early examinations concluded it was either a man who had fallen into a hole with some pots in it, or a pot maker who was buried facing east – the traditional burial direction of females – because someone got it wrong.

But team leader, Dr Julian Cook, said: “How can you not see it? I’m surprised the grave hasn’t burst into flames.

“I was wandering past it on my way to the snack table and suddenly thought ‘hello?’.

“Sure enough, I took a closer look and what do you know, total queen. And I am never wrong.

“I shouted down to the skeleton, ‘you’re fooling nobody sweetcheeks – you are what you are and what you are needs no excuses’.”