THE Duke and Duchess of Sussex have been barred from using their Sussex Royal trademark by the Queen. What brands could they use instead?

As Burger King discovered years ago, add an ‘e’ at the end and Buckingham Palace can’t touch you. And Americans, surely the target market for the couple, will think it even classier.

Sussex Rebel
In preparation for Harry’s new image as a bad boy prepared to break the rules if it means getting results. Will look fantastic on a limited edition range of Harley-Davidsons.

King in Exile
Want to give the Firm both barrels for kicking you out? The King in Exile brand has a deliciously rebellious feel, a long tradition of use and makes a marvellous name for an aftershave. May be contested by David Beckham.

The Duke and Duchess of Cambridge
Copyright it, trademark it, licence it to Primark. Just to see precious Wills and oh-so-perfect Kate besmirch themselves with the legal battle.

Original Tudors
Remind your family that they’re nothing but usurpers on the English throne by reclaiming and relaunching the long-defunct brand of Henry VIII.

Sex Royal
Do you want to know what we’re going to do with this one, Granny? Or would you like to give us both our HRHs back?

Do you just repeat any bollocks you hear in the pub? 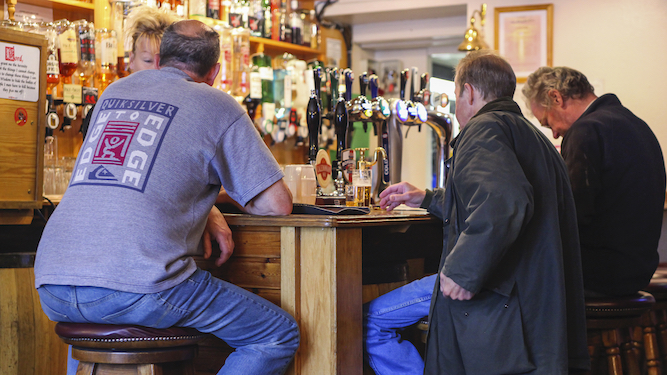 ARE you the sort of shithead who unquestioningly trots out anything someone in a pub tells you? Shared any of these?

Coronavirus is a bio-weapon

It’s the Chinese. Or the CIA. Or Mossad. Who did it and why is just detail. Big business did it to raise the price of Chinese-made goods like iPhones, which makes as much sense as Tesco putting human excrement in ready meals to make you buy another one.

Ken Loach was in Depeche Mode

The classic musical myth is that Bob Holness played sax on Baker Street, but why not more in a similar vein? Adele has six fingers, or Gary Numan auditioned for the role of Chief Brody in Jaws? Harmless, timewasting, annoying.

The left is going to [insert ridiculous thing here]

Ban straight sex? Nationalise Greggs? People repeating anti-leftie nonsense is a gift to the Tories, but in fairness lefties do a similar ‘this is how the Nazis got started’ version. Boris is bad enough without pretending he’s Hitler, who at least put the hours in.

The obvious flaw in claiming that aeroplanes leave mind-controlling chemtrails is how come it’s not working on you? And wouldn’t it be easier just to put the same stuff in KFC?

Female celebrity X used to be a man

If an actress or sportsperson doesn’t resemble the most basic stereotype of femininity – roughly Melinda Messenger – they were once or are now a man. Says more about you than them, and what it says is ‘I’m a twat.’