JOSEPH Ratzinger has been temporarily replaced by an incompetent supply Pope, it has emerged.

38-year-old Tom Logan was hired from an agency to cover as head of the Catholic Church until a permanent pope is found.

Addressing a vast crowd from his balcony in the Vatican, smart-casually dressed Logan said: “Hi everyone, I’ll be your pope just for the next couple of weeks or so.

“How’s it all been going lately?

“I thought today we could do some reading. Does anyone want to tell me where you’ve all gotten up to in the Bible?”

It is unclear whether Logan has any ecclesiastical experience. When not performing papal duties he sits in his 1997 Passat in the Vatican car park, smoking cigarettes and using his phone to argue with a woman.

Cardinal Julian Cook said: “When I asked him what his favourite part of the bible was he said ‘all of it’, then when I pressed him he randomly opened a Bible at Leviticus and said, ‘Leviticus’.

“Also he said gay marriage was ‘probably fine’ then looked at everyone’s faces and said, ‘I meant definitely not fine’.

“To make matters worse, he’s given me a list of prospective saints that includes ‘The remaining Bee Gees’ and Michael Caine.” 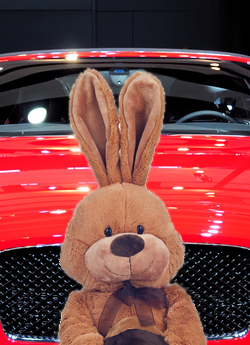 FRANK Lampard is to write a children’s book about a little fluffy bunny who buys a fully-specced Bentley Continental GT.

In the story the little bunny goes on a big adventure to a Park Lane Bentley dealership but gets frightened by the huge choice of leather and walnut interiors.

He hides under a chair until his friend, Fluffy Puppy, suggests that he buys three Bentleys, each with different coloured seats.

Lampard said: “It is a timeless story of a scared little bunny who just needs his friends to tell him that everything will be alright.

“The first time I went to buy cars in Park Lane I peed my pants.

“I was embarrassed at first, but then the nice salesmen told me it was ok and that everyone does it.

“It cheered me right up and then a really attractive woman brought me a glass of champagne. I soon realised that life was not so bad after all.”

He added: “Children’s stories do not need to sugar-coat everything. Kids need to understand that life can be difficult at times, but they can get through it if they are brave and have two hundred grand.”

At the end of the story Fluffy Bunny goes to Dubai for five days because he is a bit bored.