UN says North Korea can be insane or nuclear

THE United Nations has told North Korea it can either be a nuclear power or completely out of its mind.

Secretary General Ban KI Moon said: “Being both does not really work for us. Pick one.

“Some of your insanity is horrible, but mostly we find it fascinating. Particularly your fat little dictator who has apparently played ping pong on the moon. And the stuff you can do with a stadium full of fanatics and some coloured cardboard is extraordinary.

“Then again, why not be like France? Democracy, nice restaurants, nuclear weapons and only slightly unhinged.”

Hipsters are better than you, say researchers 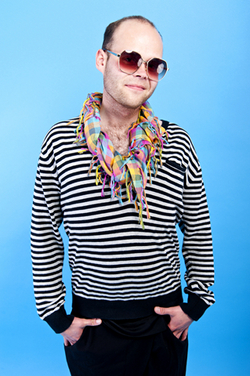 IRONICALLY-moustached hipsters are actually better than you, according to a new study.

Hipsters tend to be wealthier, happier and generally less likely to give an artisan-made toss what you think about them than the other way around, say researchers.

Hipsterologist Wayne Hayes said: While they look like seven stone of urine and a manbag, you seldom see them anaesthetising themselves in a chain-pub vomitarium after 40 hours of misery in a minimum wage shitfarm.

While youre at home desperately trying to think of something to say about Paddy McGuinness, theyre drinking Old-Fashioneds from monkey skulls in a converted munitions factory.

Then theyll have angular, exciting sex with somebody who looks like a Koople and whose name sounds like an Ikea lamp on a bed that cost more than your car. Who, we must ask, is the bigger arsehole?

Hipsters tend not to breed as pregnancy is difficult to accessorize, meaning their numbers will always remain low, but Hayes also argued that while their conversations make you want to yank your brain out through your nose, they probably feel the same way about your ghastly children.

He also confirmed that riding a penny farthing to work in an art gallery is probably not as hopelessly twattish as wearing an M&S suit on a train with 300 identical people who all wished they were dead.

Hayes added: By the way, Im not suggesting that you should actually like hipsters  fuck, no.”