THOUSANDS of inconsolable teenage girls have gathered at the home of deceased historian Eric Hobsbawm.

Passages from The Age Of Empire  1875-1914 have been drawn on giant RIP cards in glitter paint, and groups of self-styled ‘histo-chicks’ are tearfully reciting paragraphs from Hobsbawm’s seminal 1978 essay on the Communist Party Historians Group.

16-year-old Nikki Hollis said: Ive had tickets to his talk about the Spanish Civil War at the O2 Arena for months, it was the first time I was going to see a Marxist historian live.

Me and Becky would have been in the fifth row centre aisle, so when he talked about the war being a war of intellectuals it would have been like he was saying it just to us.

The Historian Death Helpline, first set up after the wave of teen suicides following the death of AJP Taylor in 1990, has been flooded with calls from distraught fans for whom narrative history has become an obsession.

Counsellor Tom Logan said: I try telling the girls that most of the professors theyre into are homosexuals in their late 60s but they just say Im jealous. 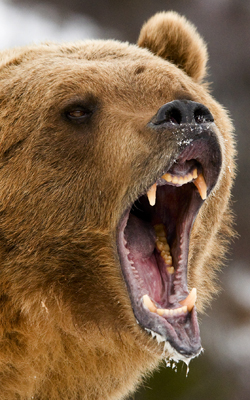 THE instinctive human response to danger is now to take a photo or tweet about it, it has emerged.

The Institute for Studies found our fight/flight reaction to threat has been replaced by a desire to advertise the predicament to strangers on the internet.

When a zookeeper at London Zoo was attacked by a bear recently, onlookers did not raise the alarm but simply took pictures and tweeted about it until he was dead, at which point they moved on to a monkey eating a Cornetto.

Whats disturbing is that one of the tweeters was the zookeeper himself, who could be seen typing on his iPhone with his nose, due to his right arm having been ripped off.

I can only conclude that we are becoming a race of technological sociopaths.”

Builder Tom Logan said: While filming some paramedics trying to resuscitate a guy whod collapsed in the street, I started to doubt my actions. Then I realised I should have spent a bit more and got a Nokia 808, because the picture quality is far superior.

Anthropologist Mary Fisher said: One of the earliest cave paintings shows Neanderthals being eaten by a sabre-toothed tiger while other members of the tribe watch from a nearby tree.

The scene is accompanied by primitive lettering thought to spell LOL.