THE escalating pop viral conflict between North and South Korea could trigger nuclear war, it has been claimed.

Kim Jong Un has responded angrily to the success of South Korea’s ‘Gangnam Style’, ordering the Youtube release of North Korea’s music video Structured Movement Sequence Devoted To The Glory Of The Motherland And Perfect For Leisure Period.

However the video lacks the infectious hook of Gangnam Style, featuring a soldier repeatedly shouting ‘You must labour to the point of exhaustion!’ over a backdrop of tanks.

Kim Jong Un said: “Failure to rate or share this video will be considered an indirect act of hostility. Our warheads are primed and will automatically launch in the event that it gets less than three hundred million likes.”

“I’ve only seen a five-second test clip but it’s been ricocheting around my mind ever since. Kim Jong Un will be hearing it in his sleep.

“Because of its catchiness and nifty ‘snake hands’ dance, the Doomsday Clock now stands at eight seconds to twelve.”

A US spokesman said: “North Korea cannot bully the world into liking or sharing a web video.

“The right to call a Youtube clip ‘gay’ is a cornerstone of democracy.”

Man discovers bin is not a Stargate 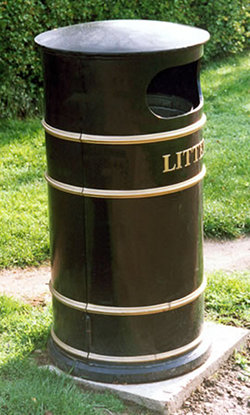 A MAN who became wedged inside a public bin believed it was a form of inter-galactic transport.

Space explorer Tom Logan said that after years of research he had narrowed the location of the Stargate down to a bin somewhere in the centre of Aberdeen.

He added: “I stand by my calculations. I just chose the wrong bin.

“I shall be back out there tomorrow, squeezing my head into bins and looking for tell-tale signs of extra-terrestrial Egyptians.”

Meanwhile, experts said they were having none of that and insisted it was obviously yet another case of a Scotsman getting stuck in pursuit of an abandoned penny.

Professor Henry Brubaker, of the Institute for Studies, said: “He is a Scottish person. He sees something glinting. He thinks it is a coin. He must possess it.”

A spokesman for the Scottish National Party said: “It is the noble destiny of every Scottish person to get stuck in a bin while hunting for change.”

People across Scotland applauded the man’s determination and insisted they would have done exactly the same.