SOCIETY is at a point where presenters of light entertainment television are regarded as wise sages, it has been confirmed.

Professor Henry Brubaker of the Institute for Studies said: “If you look at the interest generated by Kirstie Allsopp’s comments about having kids, you can see how people on telly are revered – almost feared.

“In ancient cultures priests and priestesses were similarly elevated for their power to communicate with the gods.

“The modern equivalent of that is being on a telly programme with pictures of nice houses or yummy food, because telly seems like magic.”

28-year-old Stephen Malley said: “These people are in a million homes at once, they couldn’t do that if they weren’t special. Probably telly people are highly advanced space aliens.

“If Tim Lovejoy told me to cut my penis off I’d definitely do it.”

Pervasive stench of rice cakes means someone's on a diet 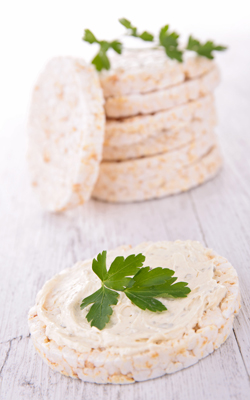 THE sickening odour of rice cakes drifting across the country has prompted a nationwide search for a person on a diet.

The snack, which can be heavily dusted with flavours while retaining the look and feel of wall insulation, is indicative of a soon-to-be-abandoned health kick.

Investigator Tom Booker said: “Our first suspect, Kelly, who works for Aviva in Norwich and talked about joining a gym, was found to have half of a Mars Bar Duo on her desk which ruled her out.

From there we followed the smell  which, because it is all-pervasive is very hard to get a bead on  to Rugby, but it turned out Big Janice in payroll had skipped Weight Watchers after some bad news about one of her dogs.

Were desperate for leads, and were running out of time before the culprit admits they theyre chewing reeking polystyrene and throws them away.

Chemistry lecturer Dr Mary Fisher said: Rice cakes smell worse than a dead body jammed in the air conditioning, but at least if the latter occurs at work everyone gets the afternoon off.

The rice cakes are usually flourished with pious superiority for three days until theyre stuck in a drawer where theyll languish unchanged forever.

In the distant future they will be unearthed by highly advanced cockroaches, who will see them as one of the reasons why humanity died out.”