The Daily Mail guide to how the BBC killed Diana

THE Daily Mail has actually asked ‘Did the BBC kill Princess Diana?’ Here news editor Stephen Malley explains how they probably did.

They did that interview

The Martin Bashir interview that Diana voluntarily took part in was clearly an attempt at murder. The BBC may as well have got noted assassin Lee Harvey Oswald to do it.

Who arranged for Diana to join the royal family in the first place?

Some might claim that the rather posh Diana Spencer married Prince Charles for a variety of reasons, like people do when they get married. This is wrong. She was a dupe sucked into a glamorous world of visiting charities and watching lengthy Maori dancing.

Diana’s love rival was clearly plotting the downfall of the younger royal. Did the Duchess of Cornwall set up the Bashir interview herself? There is no evidence for this, but yes, probably.

Why won’t the BBC let Sky take over British broadcasting?

The socialist BBC is standing in the way of independent commercial broadcasters such as Sky. Although not part of Rupert Murdoch’s shitty empire, we at the Mail feel that anything related to state subsidies is evil, except if you have to go to hospital.

Who was on the scooters?

French paparazzis, similar to the paparazzis the Daily Mail use all the time, have been blamed for Diana’s death. This is clearly different to the Mail’s paps spying on every member of the royal family with long lenses while hiding in bushes.

How to injure yourself when drunk 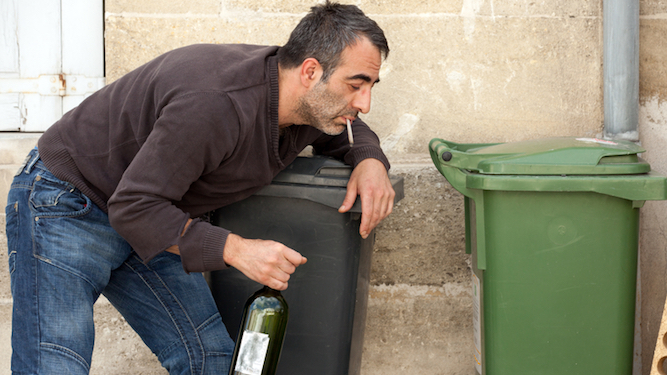 AVOIDING harm is part of everyday life. Here’s how to ignore your innate caution and get horrible injuries because you’re pissed.

Humans react to falling over by throwing their arms out to cushion the impact, thereby reducing the potential for injury. While drunk you’ll hit the floor like a pilot who’s baled out without a parachute. Who needs front teeth anyway?

Cooking whilst hammered is the perfect recipe for pain. You can even injure yourself cooking very hot fish fingers. Volcanic pizza cheese is good for mouth burns, and definitely cook some tinned stuff that will explode in the microwave.

Getting into a car

You climb in and out of cars without incident when sober, but when smashed it’s a golden opportunity to do some serious self-damage. Hit your head on the doorframe or try entering feet-first through an open window, like a Duke of Hazzard. In real life, that will hurt.

A lamp post presents a drunken man with the opportunity to showboat his climbing strength and agility, or an intoxicated woman with the means to perform her repertoire of pole-dancing tricks. Both are going to result in some form of harm, whether it’s falling on your head or just gyration sickness.

That twat at the bar has disparaged you, your girlfriend or possibly your pint. A great way to get injured is to gallantly defend your honour. A violent confrontation with some big bloke or a former Para is inadvisable but the alcohol will take the edge off being thumped.