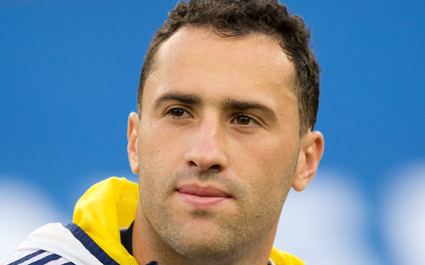 ARSENAL goalkeeper David Ospina was trapped for months behind the transfer window, it has emerged.

Twice a year managers line up next to the plexiglass window and attempt to push through selected members of their squad.

At the ceremonial opening of the window, officials were surprised when they heard groaning and scratching coming from inside, followed by the appearance of startled, emaciated goalkeeper Ospina.

An Arsenal spokesman said: “Ospina looked in a terrible state. He’d clearly been stuck in there since July with only insects and David Bentley for company.

“I had this feeling I’d forgotten something, but I thought maybe it was a gas bill or something, not a £3 million Colombian goalkeeper.”

Some experts have suggested that players being forced to climb through the window is archaic and prevents taller players such as Peter Crouch changing teams at all.

The spokesman added: “I suppose it’s just one of those traditions. Like conducting a multi-million pound deal via a fax machine, even though nobody outside football has used one since the 90s.”