SUSPECTED canoeist John Darwin has claimed he was forced to fake his own death by a hardened kayak who once worked for the Krays.

Darwin, 57, said he met the canoe, who he later discovered to be the infamous gangster James 'Jimmy the Kayak' McPartlin, while on holiday in Greece in 1999.

The two became close friends and McPartlin moved into the Darwins' Hartlepool bungalow. But within weeks it was clear the canoe was not the simple painter and decorator he claimed to be.

A source said: "One night Jimmy came home stuffed full of tenners and stinking of dead horse. He had obviously been burying something."

It was in early 2002, according to Darwin's friends, that McPartlin suggested the two of them stage their own deaths in an elaborate plan he codenamed 'Fake Canoe Accident'.

"There was a terrible commotion in the garage and when John went in he saw Jimmy standing over the shattered remains of an identical 12ft kayak. That's what they found washed up on the beach," said one friend.

"McPartlin's a psycho. He forced John into this. He's the Ian Brady of canoes."

According to police sources the veteran hardman has a string of fraud convictions. He cut his criminal teeth in the early 1960s as an enforcer for the Kray twins, where he quickly gained a reputation as one of the East End's most violent leisure craft.

But his latest scam began to unravel when police picked up reports of a canoe fitting McPartlin's description being paddled through the Panama Canal.

A source told the Daily Mash: "The Darwins wanted to lie low for a year or two, but Jimmy was out every night, sleeping with local girls, getting drunk and crashing his moped."

McPartlin's lawyers last night insisted their client was just a simple, British-made kayak fitted with thigh braces and an overstern rudder system, normally priced at around £525 from Och Aye Canoe in Ardrossan. 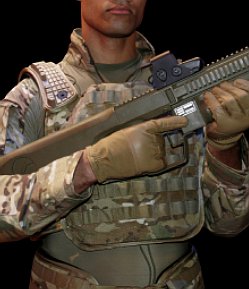 SOFTWARE giant Microsoft is to replace its built-in, anti-piracy systems with a vast army of ruthless mercenaries.

The company said faults with the so-called 'kill-switch' in its Vista operating system had convinced it to bring together the planet's most blood-thirsty soldiers of fortune.

Under Microsoft's new anti-piracy strategy the mercenaries will kick down your door, herd you and your family into the bathroom and then search for your computer using a sniffer dog and a PC World sales assistant.

Once located they will secure the area while the dog sniffs the equipment for traces of guilt.

If the animal starts barking the mercenaries will immediately pump 14 rounds into the machine before destroying the study – or reading nook – with a flamethrower.

The family will then be given a freephone number and told they have 30 days to validate the damage to their house.

The army, recruited largely from South American prisons, will number in excess of 500,000 and be paid in heroin.

The soldiers will be equipped with the latest guns and tattoos and all recruits will be given a free introductory copy of MS Streets&Trips.

He added: "You wanna fuck with me? Okay. You wanna play rough? Okay. Say hello to my little friends!"