Butterflies and bees thank Muhammad Ali for the compliment

BUTTERFLY and bee populations have paid tribute to Muhammad Ali and thanked him for his gracious compliment.

The flying insects said that after the late heavyweight champion compared himself to them in 1974 it had boosted their public profile and given their communities ‘great pride’.

Tom Logan, a butterfly from Stevenage, said: “We used to be thought of as rather fancy and insubstantial. After Ali compared himself to us, other insects realised that butterflies are not just decorative, but that we have power and grace.

“It gave us a lot more respect and influence in the insect world and you can’t put a price on that.”

Martin Bishop, a bumble bee from Hatfield, said: “Bees are not naturally aggressive. We just want to go about our business. But Ali created the idea of bees being beautiful, determined and a bit dangerous and edgy.

“It’s incredibly cool being a bee. He started that.”

New series of Homeland to be set in reality 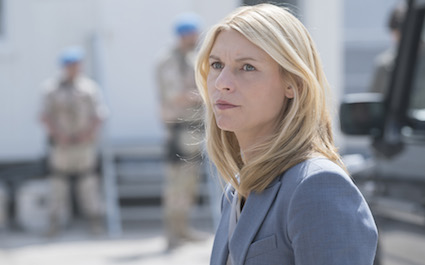 THE MAKERS of TV drama Homeland have announced that the next series will make the leap to being set in the real world.

Season six of the US spy drama will surprise regular viewers by featuring “believable characters” in “true-to-life situations”.

Producer Emma Bradford said: “Homeland fans have journeyed with Carrie from the merely implausible to the outer realms of insanity, so we decided to bring this one back down to earth.

“She’ll be working in an office, tracking terrorists by going through phone records, occasionally popping out to shoot someone but no more than one at a time.

“It might be difficult for regular viewers to unsuspend their disbelief, but for them it’ll be just as shocking to see characters remain alive through a whole series instead of alive-dead-alive again-dead again-alive again as a final twist.”

Fan Martin Bishop said: “The real world? No, I don’t think I’m ready for that.”