Cat confident owners are going to love this bird

A CAT is certain that its owners will appreciate having a mauled bird brought into their house.

Long-haired cat Wayne Hayes caught the bird after his human masters were unimpressed by the voles and mice he previously dragged into the kitchen.

Hayes said: “When I brought a mouse in they were actually quite angry, but on reflection I realised that a mouse is actually a shitty present as mice don’t have much meat on them.

“Clearly they have been holding out for a bird. They’ll want to do the killing themselves, because that is the fun part.

“So I’m bringing it through the cat flap in an alive but slightly maimed condition, so that it can flap around the house crashing into things. Catching it is going to be a great test of their reflexes.

“It looks so delicious I am tempted to eat it myself, but I know my place.” 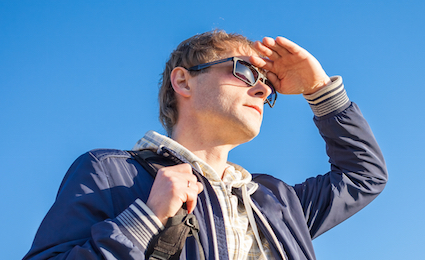 A GROWN man has revealed that he is still too cool to put both of his bag straps over both shoulders when out in public.

Tom Booker and friend, Nathan Muir spent the weekend walking up the Malvern Hills in Gloucester and whilst Booker put his bag over both shoulders to distribute the weight evenly, Muir insisted on the cooler one shoulder.

Booker said: “He said he didn’t want to look like a nerd. We’ll see who the nerd is when we’re both in our 50s and my shoulders aren’t all fucked up.

“And who was he trying to impress on the side of a hill in the middle of nowhere?”

“His mate looked like a bit of a nerd with his bag over both shoulders, but the other guy was just nailing it.”

Professor Henry Brubaker of the Institute of Studies added: “If you are under six foot, bald and wearing your bag over both shoulders, people are 90 percent less likely to consider you for a promotion or  have sex with you.”