A CAT has announced plans to continue sitting in the front window of a house, watching over everything like Stalin in communist Russia.

Black and white cat Norman Steele has been spending most of his time in the living room window, observing his kingdom and his servants.

Steele said: “I’m pretty much the ‘big dog’ around here, except that I’m a cat.

Steele says that he will remain in the window for the foreseeable future, only moving when he hears someone open a cupboard in the kitchen, in which case he will run quicker than the president of Tunisia at the beginning of the Arab Spring.

Steele said: “Sometimes, I see the postman coming up the path and I think ‘just put the letters through the letter box and then you may walk away’.

“And that’s exactly what he does.” 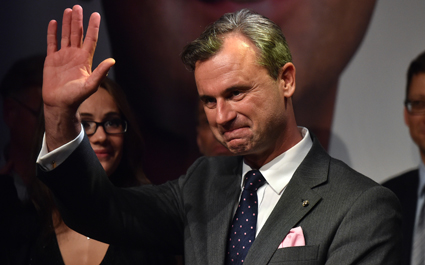 AUSTRIAN voters have rejected fascism by a landslide margin of over half a percent.

Austria, a country of 8.5 million people, turned out en masse to deliver a crushing blow to the far-right Freedom Party of Norbert Hofer, who limped home a whole 31,000 votes behind his Green Party opponent.

Experts believe that the scale of the victory, which saw Hofer supported by a mere 49.7% of Austrians, demonstrates that the far right poses no danger whatsoever to mainstream parties.

Political analyst Emma Bradford said: “This comprehensive defeat proves that fascism can never win, at least once postal votes are taken into account.

“Inflammatory, anti-immigrant rhetoric will get you nowhere in this day and age, certainly not within a whisker of running a country.

“I’m confident that the millions of angry, disenfranchised people who supported a gun-wielding xenophobe will quietly accept this result and get on with their lives.”

Freedom Party supporter Josef Leitner said: “I’m not a Nazi, but what we need is a party that cares about social issues but will also defend the nation. I suppose you might call it national socialism.”