GPS collars have revealed that cats spend their nights in the nearest cat pub.

Research using electronic tracking devices showed that all the cats in a local area head in a straight line to the same location, the mysterious ‘cat pub’.

“We can’t say for sure what a cat pub is like because they can be entered only via a complex network of narrow tunnels, but essentially the cat goes in, stays for about seven hours, then comes out pissed.

“Probably the cats purchase cat lager using stolen change secreted in their cheeks, then they just sit around on little chairs drinking and purring.

“It’s likely there is a mouse or vole suspended from the ceiling by its tail, like a macabre punch bag, and a jukebox playing cat music.

“The existence of cat pubs explains why cats frequently throw up.”

Cat owner Mary Fisher said: “That’s why my cat is always pissing and why it smells so pungent. Stella.” 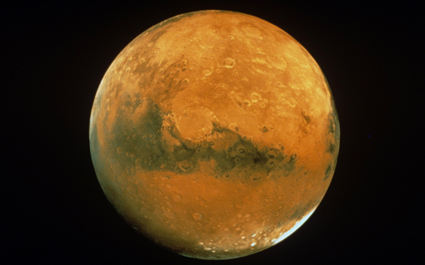 GROOVES in the surface of Mars have proved the planet is a giant record made by self-indulgent alien musicians.

Scientists were initially puzzled by the mysterious concentric furrows on the planet’s surface. But by using a NASA space drill as a crude stylus, they were able to ‘play’ Mars.

A NASA spokesman said: “The planet itself is a musical message from an advanced species that is really into drugs.”

“Mars sounds kind of ambient with crazy horns and gong sounds. I’d give it three out of five.”